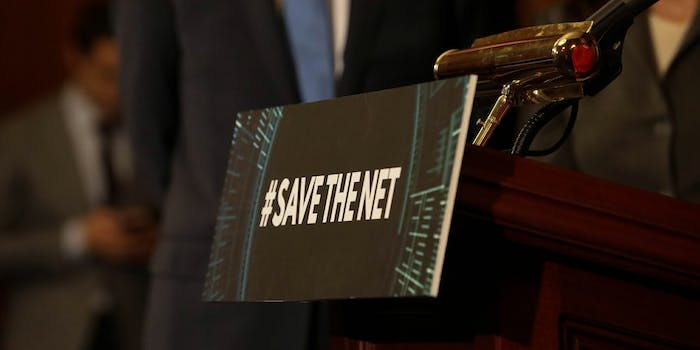 The Save the Internet Act continues to move through the House.

The Save the Internet Act, a bill that would restore net neutrality rules, will get a full markup from the House Energy and Commerce Committee tomorrow.

Energy and Commerce Chairman Frank Pallone, Jr. (D-N.J.) announced that the Save the Internet Act, along with other bills concerning healthcare, climate change, and prescription drug costs would all receive a markup on Wednesday morning.

The full committee markup for the net neutrality bill is the latest step for it to eventually reach a full vote in the House of Representatives. Lawmakers said they expect the bill have a full vote next week.

Last week, the Save the Internet Act, which would undo the Federal Communications Commission’s (FCC) repeal of net neutrality, passed through the Energy and Commerce Committee’s communications and technology subcommittee by an 18 to 11 margin, along party lines.

Amid the subcommittee markup there was a sharp difference of opinions among lawmakers, specifically concerning the use of Title II of the Communications Act as the foundation for the bill.

Republicans argued that Title II is overly burdensome regulation, while Democrats said their bill actually addresses most of their concerns about Title II.

The Save the Internet Act is expected to pass through the Democrat-controlled House. It faces a more uncertain fate in the Senate.

However, when Congress tried to use the Congressional Review Act (CRA) to overturn the FCC decision last year, several Senate Republicans broke ranks with the rest of their party and voted in favor of it. The House, then controlled by Republicans, did not amass the number of signatures needed to force a vote.

If the Save the Internet Act is successful in both chambers of Congress, it would also need to be signed by President Donald Trump.