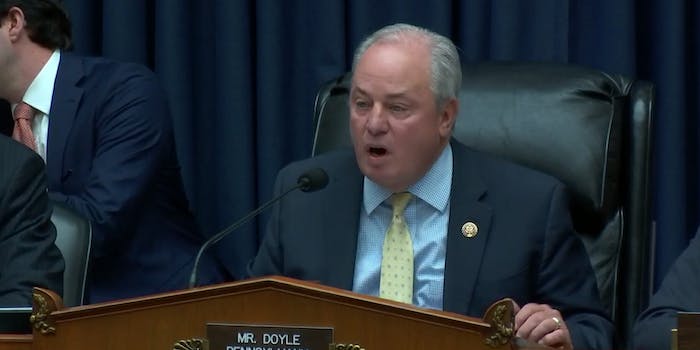 Save the Internet Act set for House vote after passing committee

The bill took a big step forward, but there is a long road ahead.

The Save The Internet Act, a bill that would restore net neutrality rules, cleared a major hurdle on Tuesday after it passed through a subcommittee markup, paving the way for a full vote in the House of Representatives.

The bill passed through the House Committee on Energy and Commerce’s communications and technology subcommittee by an 18 to 11 margin, along party lines. The legislation would undo the Federal Communications Commission’s (FCC) repeal of net neutrality and restore the 2015 Open Internet Order.

The Save The Internet Act was introduced by Democrats in the Senate and House earlier this month. Since then, there has been dissent among lawmakers about the content of the bill, specifically the use of Title II of the Communications Act.

That divide was on display again on Tuesday, with Republicans arguing that Title II is too much of a regulatory burden for internet service providers.

Democrats argued the bill quells much of the Title II fears by requiring an act of Congress to use other regulatory options under Title II.

“By codifying the order this legislation also permanently prevents the FCC from applying 27 sections of the Communications Act, as well as over 700 regulations—the majority of Title II,” Rep. Mike Doyle (D-Penn.), the chairman of the subcommittee said ahead of the markup. “In doing so, the bill permanently prohibits the FCC from engaging in rate setting, requiring that broadband providers unbundle their network, or levying additional taxes or fees on broadband access… This bill removes much of the regulatory overhang that Title II that internet service providers and our colleagues on the other side of the aisle have long complained about.”

Pleased that the Communications & Technology Subcommittee just passed the #SaveTheNet Act by a vote of 18-11! We have to keep building momentum as we move to @EnergyCommerce Full Committee.

“Net neutrality is coming back with a vengeance,” Evan Greer, deputy director of Fight for the Future, said in a statement. “Politicians are slowly learning that they can’t get away with shilling for big telecom anymore. We’re harnessing the power of the internet to save it, and any lawmaker who stands in our way will soon face the wrath of their constituents, who overwhelmingly want lawmakers to restore these basic protections.”

Greer said at one point 40,000 people were watching a livestream widget built by the internet rights group that aimed to get as many people watching the markup as possible.

Meanwhile, Free Press Action Campaign Director Candace Clement said the group was pleased that the bill would be moving forward.

“Support for this bill is growing every day, and it’s easy to see why,” Clement said. “People need the open internet to connect with loved ones, pursue employment opportunities, advance their education, and fight for justice. Without net neutrality rules and FCC oversight grounded on the strong legal foundation of Title II, our ability to seek and share trustworthy information is in jeopardy.”

“With today’s action, the subcommittee has stubbornly insisted on a partisan path that leads to a dead end,” the group said in a statement. “The result of allergically resisting a bipartisan approach to resolving this decades-old issue is that consumers will fail to receive the net neutrality protections that are generally accepted and industry will not get the certainty it needs to invest more boldly.”

The Save the Internet Act is expected to have a full vote in the House early next month.