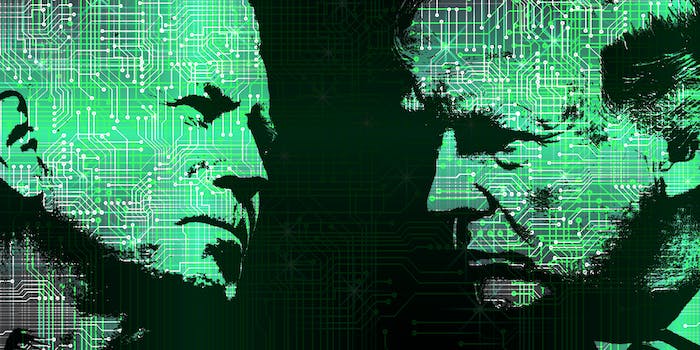 Either way, 2020 could end the net neutrality fight forever

The election has implications for net neutrality no matter who wins.

Shortly after Donald Trump was elected president, then-Federal Communications Commission (FCC) member Ajit Pai took aim at dismantling net neutrality rules—setting in motion a battle that would run throughout the next three-and-a-half years.

That’s not to say that Pai waved a wand and killed off net neutrality. Since the controversial repeal, there have been court battles, legal decisions, activism, and attempts in Congress to codify net neutrality rules. All of this has left the debate about the open internet rules wide open.

With the 2020 election right around the corner, the debate could come roaring back. It’s also possible it could be decided forever.

However it shakes out, there will be implications for net neutrality. So what will the future of the net neutrality battle look like under a continuation of Trump’s administration or if former Vice President Joe Biden wins?

Experts see the future of net neutrality rolling out one of two ways, both of which have several avenues splintering off from each.

In a Biden administration, it’s widely believed that net neutrality will come back in some form. Whether that is through the FCC or through Congress, the former vice president’s term in office should lead to net neutrality being restored, experts say.

On the other hand, Trump’s first term in office led to the repeal of net neutrality, meaning that the threads that have already begun to unspool—like legal battles at the state level—would likely take center stage in the net neutrality debate if he repeats.

“It’s pretty simple. Under a Trump administration you’re going to have broadband access providers able to do whatever they want without any congressional oversight,” Gigi Sohn, a distinguished fellow at the Georgetown Law Institute for Technology Law & Policy and former FCC counselor, told the Daily Dot, adding: “If you’ve got all three [Congress and the presidency], I think there’s no doubt a Biden FCC moves to reclassify, and readopt the 2015 Open Internet rules, and maybe even strengthen them, and Congress works to pass a law. I don’t see why you can’t do both.”

“This election could absolutely determine whether the 18-year ping-pong game is put on pause or ended forever with a victory for consumers once and for all.”

Here’s what experts said to expect.

What a Joe Biden victory means for net neutrality

If former Vice President Joe Biden is elected, it is widely assumed that net neutrality rules like the ones that were passed during his time as part of former President Barack Obama’s administration would come back. The only question is how exactly that would unfold.

“What does Congress look like? Obviously the White House, the FCC, there’s a lot of variables to play out in terms of what it looks like for net neutrality and the future of a free and open internet,” Craig Aaron, the co-CEO of Free Press Action, told the Daily Dot. “But certainly, if there’s a change of power in D.C., I think you’re going to see net neutrality come rushing back as a frontline issue in debates over who gets appointed to run these key positions and [as] the kind of thing that could show up on a 100-day agenda or a year one agenda for a new administration. And it should.”

The first option is simply having the FCC go through the rulemaking process to re-establish net neutrality, presumably under Title II of the Communications Act.

This avenue assumes that Biden would select commissioners to be named to the FCC who believe in Title II regulations. The former vice president’s views on net neutrality were hazy at best for the early part of his campaign, but have since appeared to come inline with the rest of the party.

While this is possible—and perhaps more likely depending on how the election shakes out—it does come with pitfalls.

Any FCC order restoring net neutrality would likely face legal challenges like the 2015 order did. However, that order was upheld by a federal court before eventually being repealed by the Republican-led FCC in 2017.

In 2019, the House of Representatives passed the Save the Internet Act, a bill that would essentially have restored the 2015 Open Internet Order as a law.

However, the bill languished in the Senate since passing in the House. Given the Republican resistance to having a vote on the bill—they’ve blocked attempts by Democrats several times—a bill from Congress is only likely if Democrats win the Senate, House, and presidency.

That being said, there has been bipartisan support for net neutrality rules that are almost exactly the same as the Save the Internet Act. In 2018, the Senate used the Congressional Review Act (CRA) to try and overturn the FCC’s repeal. A vote in the Senate led to three Republican senators turning against their party and voting for net neutrality.

However, in a reverse of what happened with the Save the Internet Act, the CRA stalled in the House of Representatives, which was controlled by Republicans at the time.

There is no guarantee that the same Senate Republicans would vote for the bill again, as politics change, but it does show that there is a path forward in Congress.

All of this has laid the groundwork for a potential net neutrality law, experts say, which would put to rest the constant back-and-forth of Democrat-led FCC and Republican-led FCC’s repealing and enacting net neutrality rules.

“I think Congress is so important here, and I think sometimes we don’t think about it,” Aaron said, adding: “If there is a split in Congress, the FCC becomes the center of attention again.”

Sohn agreed, saying she was a “huge proponent” of a law being passed by Congress that ends the “ping-pong game” that happens every time the FCC changes leadership from Democrat to Republican.

What a Donald Trump victory means for net neutrality

Meanwhile, a Trump re-election will lead to a continuation of the net neutrality battle that has unfolded since the FCC repealed the rules.

In October of last year, the United States Court of Appeals District of Columbia Circuit handed down a ruling for Mozilla v. FCC, which challenged the FCC’s repeal of net neutrality. The court mostly upheld the FCC’s net neutrality repeal, but vacated a portion of it that blocked states from enacting their own laws in the absence of ones at the federal level. The FCC just recently doubled down on the repeal after the court asked it to reexamine certain aspects of the repeal.

Since then, states—including California and Vermont—have passed net neutrality laws that have been met with legal challenges from the federal government and telecom industry groups.

Besides the ongoing battle in the states, Aaron said he thinks another potential four years of a lack of net neutrality rules at the federal level might make internet service providers (ISPs) feel “empowered” to begin more aggressively enacting policies that would typically violate net neutrality rules.

Net neutrality advocates have pushed back against arguments that the internet hasn’t changed since the FCC’s repeal by noting that until recently it had been tied up in legal battles and a spotlight has been shone on ISPs in the wake of the repeal, making it less likely they might try something that ratchets up public ire.

“Despite [Pai’s] snarkiness about how the internet hasn’t crumbled up and blown away in the absence of net neutrality, we also see tens of millions of Americans who don’t have it because of his refusal to oversee the broadband market,” Sohn said. “We’ve seen major mergers, we’ve seen competition shrink, and we’ve seen no way by which the FCC can require broadband providers to serve the poor.”

“They couldn’t really do more to net neutrality. They stripped it and they’re not going to move to take it back. So I think the continued delay and the status quo in the sense of this kind of dance where it’s ‘well what are the companies going to do?’ I think they would be more empowered to violate net neutrality,” Aaron said. “It’s a little hard to believe because we’ve been in this fight for 15 years at this point, but there hasn’t truly been an extended period in that time where there wasn’t a threat of congressional action, there wasn’t a court case hanging over the issue.”

As for a potential net neutrality law making its way to Trump’s desk—a scenario that is almost assuredly only possible if Congress is controlled by Democrats and Trump remains president—Sohn said she thought the possibility was “dubious” at best.

“It’s possible Congress passes a law giving the FCC authority and gives them specific authority to do net neutrality rules,” Sohn said. “Whether Trump would veto that, he probably would. Let’s just assume for now he doesn’t—then the matter is settled and the next Democratic FCC doesn’t have to worry about it.”

Regardless of the outcome of the election, the net neutrality debate isn’t going away.

While a Biden administration is expected to restore net neutrality—that will face pushback. Meanwhile, a Trump reelection will continue the battle that is already unfolding at a state level.

Either way, the rules will still take center stage in the tech policy debates after the election.