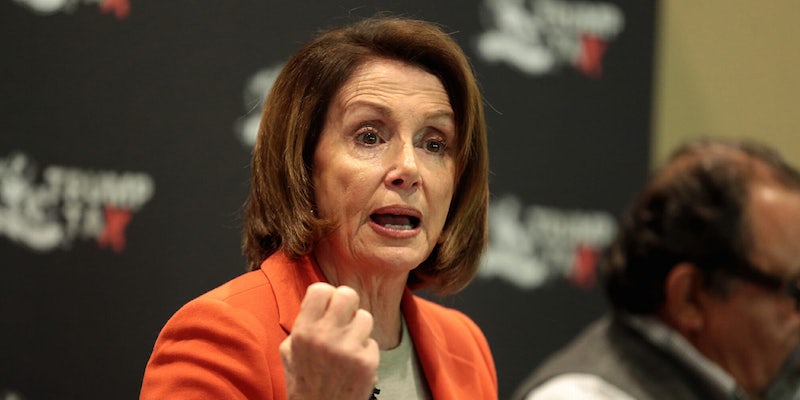 McConnell called the net neutrality bill 'dead on arrival' in the Senate.

House Speaker Nancy Pelosi (D-Calif.) called on Senate Majority Leader Mitch McConnell (R-Ky.) to take up votes on a number of bills passed by the House, including a measure that would restore net neutrality rules.

The Save the Internet Act, a bill that would undo the Federal Communications Commission’s (FCC) repeal of net neutrality and restore the 2015 Open Internet Order, passed in the House of Representatives 232 to 190, with one Republican voting in favor of it.

Pelosi highlighted the bill as one of several that have been passed that she wants the Senate majority leader to take up “as soon as possible.”

Ahead of the vote, McConnell called the bill “dead on arrival” in the Senate.

“The Republican Senate needs to wake up, and vote on these urgently needed bills immediately. If they don’t like our bipartisan bills, then they can pass their own version and we can go to conference,” Pelosi said in a statement.

Every Democratic senator and the independent senators who caucus with them except Sen. Kyrsten Sinema (D-Ariz.) immediately co-sponsored the net neutrality act when it was introduced.

Some Democrats have floated the idea of adding the Senate net neutrality bill to the appropriations bill, according to Politico.