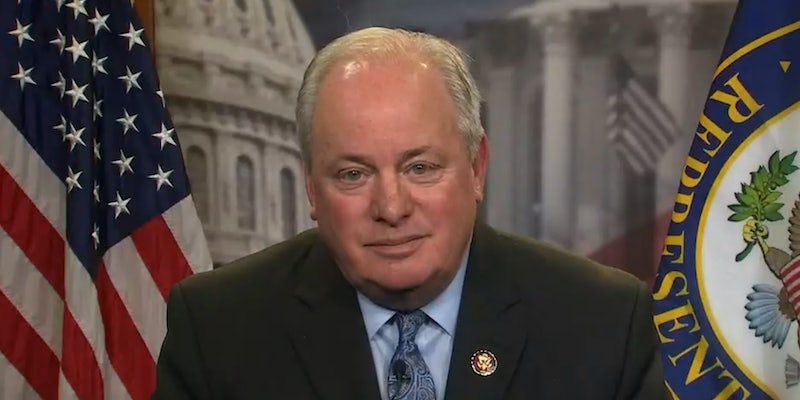 Doyle is optimistic net neutrality will be back with Democrats in charge.

Rep. Mike Doyle (D-Penn.), who was behind a push in the House of Representatives to restore net neutrality, said on Tuesday that if Joe Biden is picked in the upcoming election, net neutrality would be restored.

Doyle, the chairman of the House Energy and Commerce Committee’s Subcommittee on Communications and Technology, made the remarks during a keynote speech at an INCOMPAS virtual event on Tuesday. He also touched on the digital divide and connectivity issues that have been highlighted by the coronavirus pandemic.

“I promise you all that we will restore net neutrality and make our broadband networks more competitive,” Doyle said when discussing policy goals if there is a Biden administration—and presumably Democratic control of Congress. “You can be sure that as chairman of the communications and technology subcommittee, those issues are going to be high on my list. Now, in a world where Donald Trump remains president, I don’t see us addressing any of these issues.”

The promise for a net neutrality restoration has some backbone, considering Doyle’s championing of the Save the Internet Act in 2019. The bill would have essentially codified the 2015 Open Internet Order passed by the Federal Communications Commission (FCC), which established net neutrality rules.

The Save the Internet Act passed in the House of Representatives in April of last year, but has languished in the Senate, where Senate Majority Leader Mitch McConnell declared it “dead on arrival.”

Despite McConnell’s declaration, senators have tried several times to try and force a vote, only to be blocked by Republicans.

In the wake of the bill making it to the Senate, Sen. Roger Wicker (R-Miss.) and Sen. Kyrsten Sinema (D-Ariz.) announced the formation of a “working group” to put together a net neutrality bill in March 2019. Nothing substantive has publicly come out about any progress they’ve made.

It’s been assumed that net neutrality rules would be restored if Biden was elected, despite some of his past statements and votes on the issue raising some eyebrows. The 2020 Democratic Party Platform calls for restoring the FCC’s “clear authority to take strong enforcement action against broadband providers who violate net neutrality principles.”

His running mate, Sen. Kamala Harris (D-Calif.), has been a vocal supporter of net neutrality. If elected as vice president, she would not have a direct impact on an FCC reinstating of net neutrality, but her connections in Congress could come into play for a legislative option.

This isn’t the first time Doyle has been optimistic about net neutrality being restored under a potential Biden administration.

The Pennsylvania Democrat told C-SPAN late last year that he was confident Biden would support a net neutrality bill.

“I feel confident that if Joe Biden were to be president—and he’d be a good one by the way—that he would work with us on that,” he said.