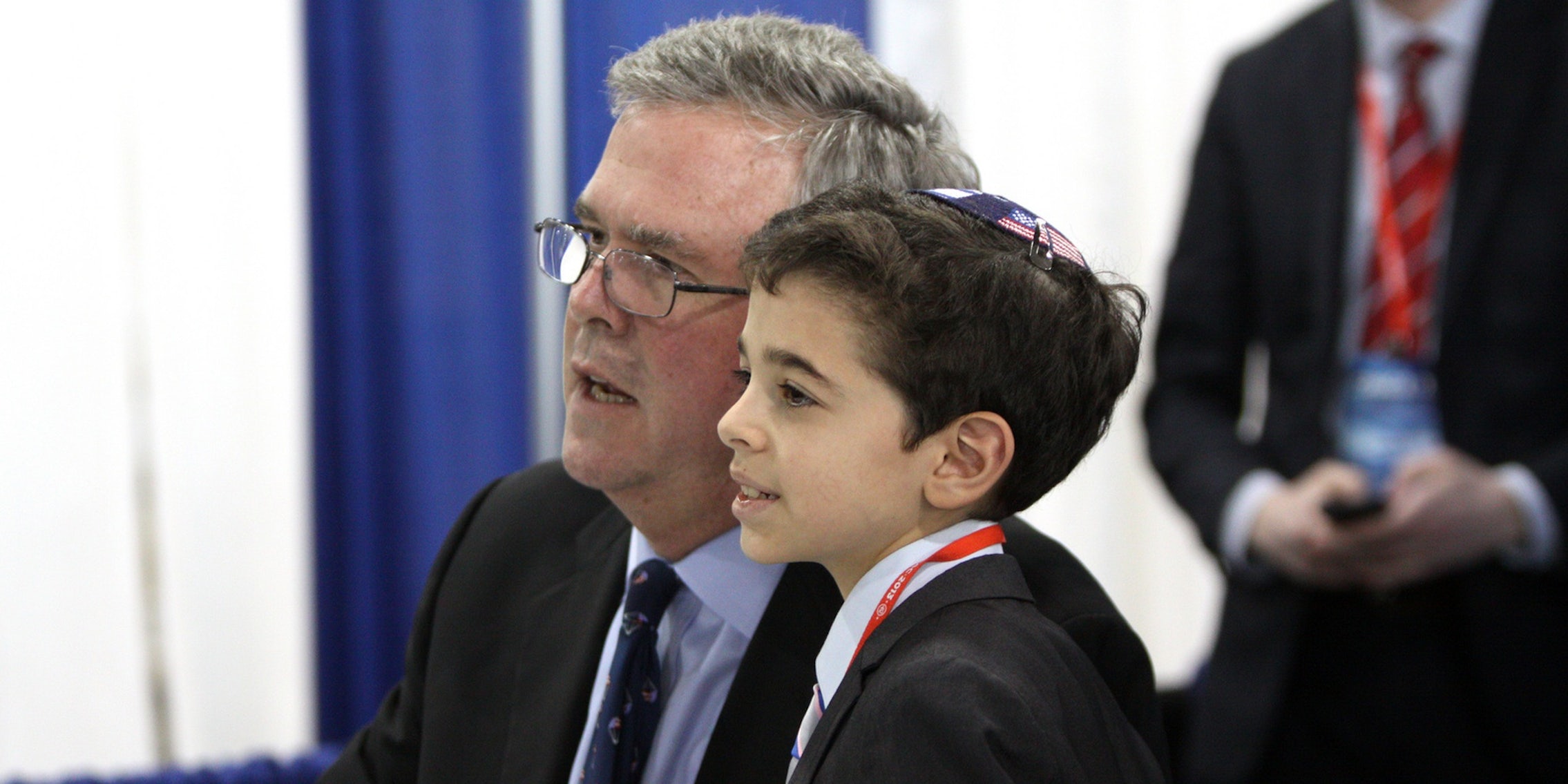 Hey millennials, this Super PAC really wants you to vote for Jeb Bush

This is the strangest political action committee we've seen.

It was only a matter of time before the 2016 U.S. presidential election spawned its first wave of odd Super PACs, and we’re starting things on a high note with “Millennials for Jeb.”

Wait, what? Are Jeb Bush supporters launching an entire campaign to target a demographic that is significantly more likely to vote for Democrats in presidential elections? Move over, Americans older than 34—the millennials are taking over, and they want to rewrite the Constitution‘s preamble to be short, sweet, and bipartisan. A quintessential aspect of every millennial-oriented campaign is extensive use of social media. Being a curious millennial myself, I quickly added “MILLENNIALS4JEB” on Snapchat and Instagram, as the site suggested.

I was met with disappointment. The Snapchat account had no Stories for me to check out, and it didn’t respond to the selfie I sent asking why I should vote Jeb. The Instagram account was equally disappointing; its only picture was a screenshot of the Super PAC’s website. Lame.

The Millennials for Jeb Super PAC wants to turn its name into the new rallying cry for 18- to- 33-year-olds in the 2106 presidential campaign. Jeb is ready, the home page says, but are you?

Ready for what? Who knows. Jeb Bush hasn’t even officially announced that he will run for president. He has only said that he is exploring the possibility.

The Super PAC’s store sells products that all millennials love. T-shirts? Check. Stickers? Those will look great on your MacBook Air. Alcohol? Your Jeb Bush flask will make all of your frat brothers envious. “Jeb the Thinker” is poised to become the next Obama “Change” poster. Eventually, this iconic image will become such a well known cultural icon that your buddy Chad will have “Chad the Thinker” as his Facebook profile picture. Millennials for Jeb has asked for a lot from its audience. In return, it makes three pledges of its own.

The most important promise there is the one to protect supporters’ personal information. This Super PAC won’t leak any of your email correspondence with Jeb Bush, correspondence that might include your Social Security number and date of birth. That’s the job of the candidate himself.