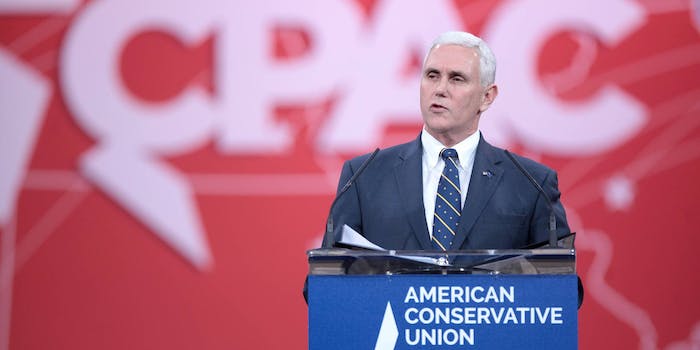 I am pleased to announce that I have chosen Governor Mike Pence as my Vice Presidential running mate. News conference tomorrow at 11:00 A.M.

Pence, a 53-year old conservative who served in Congress before running for governor, brings not only a deep reserve of Washington experience to a ticket led by a first-time politician, but a history of skepticism of some of Trump’s more extreme policy proposals that may suggest a bit of temperance in the campaign that many conservatives have long sought.

However, according to an analysis conducted by the social media analytics firm Spredfast, the online social media reaction to the initial rumors about Trump’s Pence pick, first reported earlier this week, was less than enthusiastic. Over a six-hour period on Thursday afternoon, Pence was the subject of 23,100 tweets. Trump and Pence together netted some 62,700 tweets.

Of all the tweets about Pence, a sentiment analysis showed that a full 84 percent were negative and only 16 percent were positive. 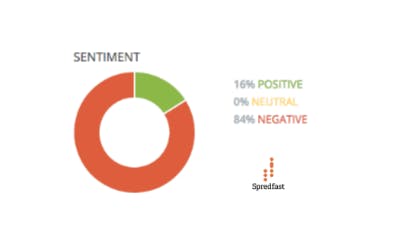 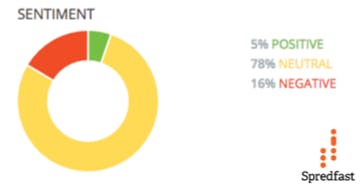 The biggest topics of conversation surrounding Pence are Planned Parenthood (he once threatened to shut down the entire federal government over funding the reproductive rights group); climate change (Pence has called climate change a “myth” and, while in Congress, led opposition to federal cap-and-trade legislation); and religious freedom (last year, Pence signed Indiana’s “religious freedom” bill into law, which many LGBT feared could open the door to businesses legally discriminating against people based on their sexual or gender identities).

Even so, Twitter sentiment about Pence is only about 10 points more negative than it’s been for his running mate or Sen. Elizabeth Warren (D – Mass.), the progressive consumer advocate that some quarters of the electorate heavily favor for Clinton’s No. 2 slot. 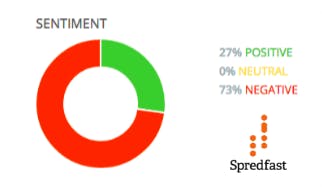 Interestingly, the person out of this group with the highest percentage of positive mentions on Twitter was Clinton—with 35 percent positive sentiment and 65 percent negative. 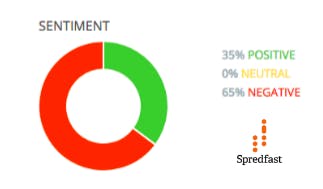 The high proportion of negative sentiment for basically everyone involved reveals something interesting: People talking politics on Twitter are basically always unhappy.