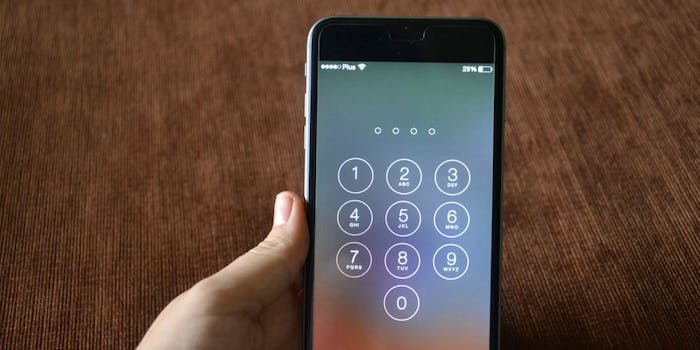 The app, known as iVerify, will also help iPhone users harden their devices.

A U.S.-based cybersecurity company has released a new iOS app designed to warn iPhone users if they’ve been hacked.

Known as iVerify, the app, produced by security firm Trail of Bits, became available on Thursday for $4.99 in the Apple App Store.

Apple has long banned any apps, including antivirus products, from being able to scan other apps for security reasons. This app works not by attempting to locate malware or viruses on a user’s device but by looking for security anomalies that often arise once an iPhone has been hacked.

“It’s normally almost impossible to tell if your iPhone has been hacked, but our app gives you a heads-up,” the company said in a blog post. “iVerify periodically scans your device for anomalies that might indicate it’s been compromised, gives you a detailed report on what was detected, and provides actionable advice on how to proceed.”

If the app believes a user has been hacked, iVerify will present users with an alert that explains what was found and steps users can take to begin reclaiming their device.

Aside from looking for anomalies, the app also offers users a wide-rang of tips on how to harden their iPhones.

Users can select six different categories that explain how to protect against everything from theft to data leaks.

Recommendations include step-by-step guides on how to enable automatic updates, limit ad tracking, and even tips on securing your social media accounts.

“There are dozens of settings that need to change, and the trade-offs between enabling and disabling a feature aren’t always clear,” the company says. “iVerify makes these trade-offs straightforward with guides that show you how to adjust settings based on privacy and security needs.”

Although a similar tool that offered an anomaly-detection feature was banned by Apple in 2016, Trail of Bits told Motherboard that it spent weeks speaking with Apple to make sure iVerify would be approved.

The company plans to introduce new features such as a VPN into the app in the near future. That feature though, according to Trail of Bits CEO Dan Guido, resulted in the app being banned in China where VPNs are illegal.