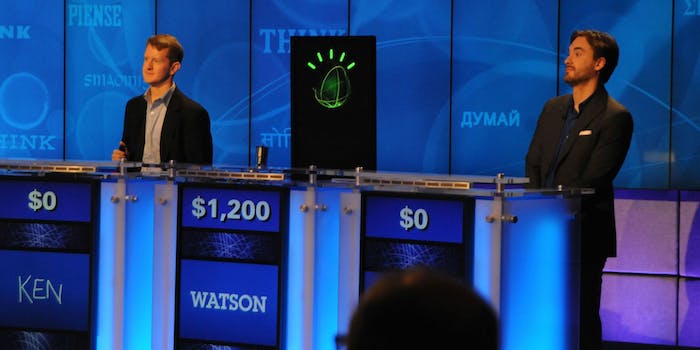 Watson, no longer content beating people at Jeopardy!, now wants to know everything about you.

At an event in San Francisco this week, IBM revealed that Watson, the ultra-intelligent artificial-intelligence system poised to either save humanity or bring about the robot apocalypse, will soon be analyzing photos and videos on social networks in an attempt to spot trends.

IBM is pitching Watson’s new Visual Insights API to developers as a way to scrape user data in a way that has never been possible before. The company is essentially asking developers up with creative ways to use the data, promising to help them test and scale the API if a project seems particularly promising.

The privacy implications here are pretty clear. One of the potential uses for Visual Insights data is targeted advertising; IBM’s supercomputer could find new ways to sell you things based on your social-media activity. Unless you only post photos and videos behind the privacy walls offered by the various social networks, your selfies and other snapshots might very well be mined for precious marketing data. You’ve been warned.

H/T IT World | Photo via IBM