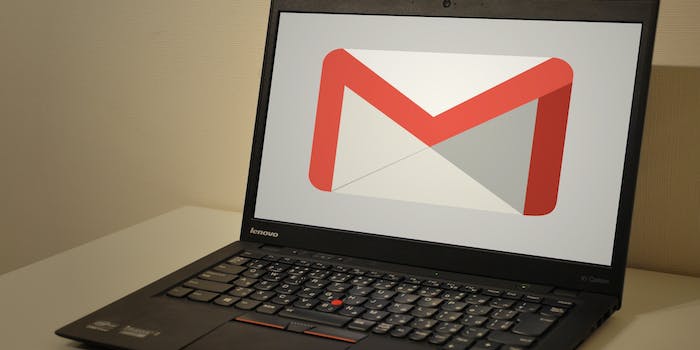 The updates, announced Wednesday, will benefit Gmail users on the web or Android. If users receive a message that can’t be authenticated, the search giant will put a red question mark instead of a profile picture. Users are authenticated by either Sender Policy Framework (SPF) records or DomainKeys Identified Mail (DKIM).

According to Google’s blog post, if users receive a message with a link to a dangerous site known for phishing, malware, or Unwanted Software, they’ll see warnings when you click on the link.

TechRepublic reports that Gmail users were previously able to check an email authentication status by opening the message and clicking the down arrow next to the sender’s name. Authentic emails would display a “signed-by” header with the sending domain and a “mailed-by” header with the domain name. The update reportedly makes this information easier to see.

Google adds that not all affected email is inherently dangerous but encourages Gmail users to be careful about responding to links that they’re not sure about.