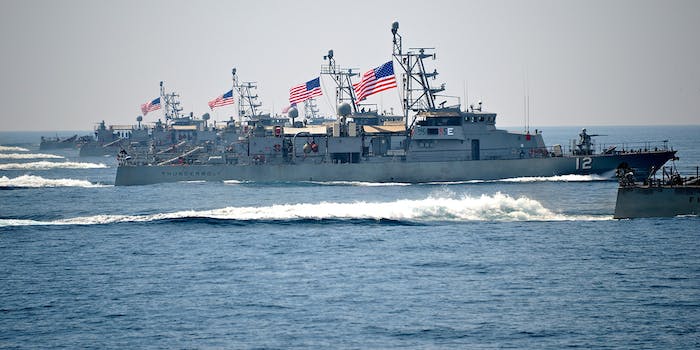 'We would look at any cyberattack ... on a case-by-case basis.'

The Pentagon and NATO agree: A massive cyberattack could potentially trigger a real war. What that actually means, however, is not at all clear.

One week ago, NATO Secretary General Jens Stoltenberg said a cyberattack could trigger a collective alliance response with traditional weapons.

“We would look at any cyberattack—whether it’s against a combatant commander overseas or here in the homeland—on a case-by-case basis and determine what the significance was and then we would use a whole of government approach,” Atkin explained, “whether it’s diplomatic means, economic means, law enforcement, or military action to respond to that.”

There is no objective line about how severe a cyberattack would have to be to trigger a military response, according to Atkin. And the definition of “cyberwar” remains ambiguous at best.

Similar to Atkin, Secretary General Stoltenberg’s declaration did not delve into specifics on what exactly would trigger a military response.

“A severe cyber attack may be classified as a case for the alliance. Then NATO can and must react,” Stoltenberg said, according to Germany’s Bild newspaper. “How, that will depend on the severity of the attack.”

Last week, NATO ministers designated cyber as an official operational domain of war, something the U.S. did in 2011.

Both Atkin and Rep. Mac Thornberry (R-Texas), the chairman of the House Committee on Armed Services, agreed that it’s time for U.S. Cyber Command to stand up as its own unified combatant command, enabling it greater speed and mission outcomes.

Secretary of Defense Ash Carter will make a decision on whether to stand up Cyber Command “in the near future,” Atkin said.