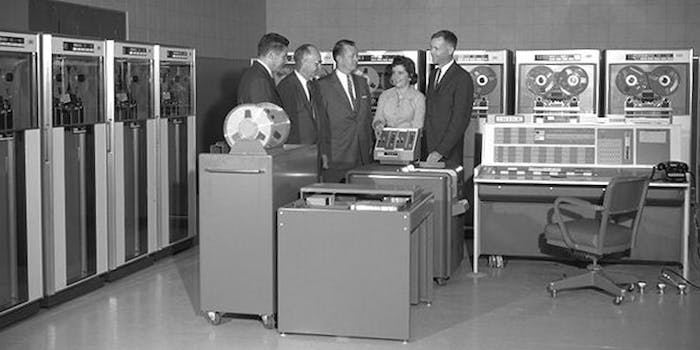 Unemployment systems across the country still rely on code first developed in 1959.

Numerous states are seeking coders with knowledge of a decades-old computer programming language in order to process unemployment claims.

With millions out of work due to the coronavirus pandemic, requests for financial assistance have been pouring in from across the country.

But many of the systems used by state governments to process such claims rely on the Common Business Oriented Language (COBOL), a programming language that was originally developed in 1959.

Not only are the old systems overloaded by the sudden influx of requests, but the number of programmers with knowledge of COBOL has been shrinking since the 1980s.

As reported by CNN, states including New Jersey, Connecticut, and Kansas are just a few who rely on COBOL mainframes.

The issue led New Jersey Gov. Phil Murphy to put out a call over the weekend for anyone with COBOL experience willing to volunteer their time.

“Literally, we have systems that are 40-plus-years-old,” Murphy said. “There’ll be lots of postmortems and one of them on our list will be how did we get here where we literally needed COBOL programmers?”

Connecticut likewise revealed that its “40-year-old system comprised of a COBOL mainframe and four other separate systems” has made processing unemployment claims difficult.

Although Connecticut, Maine, Rhode Island, Mississippi, and Oklahoma are all in the process of updating their systems, such upgrades won’t be ready until next year.

Despite the age of COBOL, the programming language is still used in a significant number of systems at both the state and federal level.

A 2017 Reuters report found that 43% of banking systems were built with COBOL and a staggering 95% percent of ATM transactions use the programing language too.

The Department of Veterans Affairs, Department of Justice, and Social Security Administration all continue to use systems with COBOL as well.