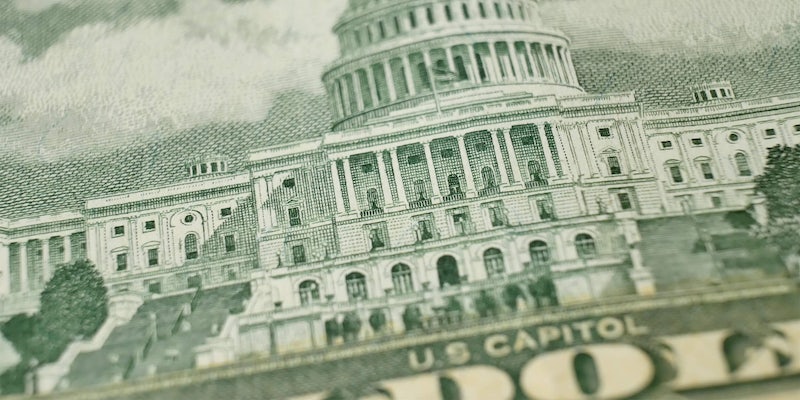 How to get your coronavirus stimulus check

Here's how you can get yours.

The United States Senate unanimously approved the largest economic stimulus package in U.S. history on Wednesday in face of an economic stoppage caused by the novel coronavirus. The bill includes coronavirus stimulus checks, money to be sent directly to Americans. The bill awaits a vote from the House of Representatives at 8am CT on Friday.

The virus, which has infected over 69,000 and killed over 1,000 people as of Thursday, has halted economic activity across the nation. New York, California, and Washington, among other states, have ordered the closure of non-essential businesses. A record of 3.3 million people filed for unemployment last week according to the Department of Labor.

It has Congress working fast to flood the economy with money in an effort to curb a recession.

The bill currently stands at $2.2 trillion. In addition to checks, the relief package allocates funds to unemployment insurance, employee retention and lending programs, and hospitals.

This past week, Democrats drastically changed Senate Leader Mitch McConnell’s original $850 billion bill, that they saw primarily as a bailout for corporations. The Washington Post reports that among other additions, they successfully added $250 billion to unemployment benefits.

These increases expand the eligibility of benefits to more Americans. In addition to these safeguards, most adults will qualify for the $1,200 (more or less) government check.

So here’s everything you need to know about the coronavirus stimulus checks that could potentially be added to your bank account.

Who qualifies for a coronavirus stimulus check?

Single adults making up to $99,000 a year are eligible for some kind of check. In addition, married couples making up to $198,000 can sign up for the coronavirus stimulus check as well.

To put it in perspective, Congress will likely be sending checks to most American adults. People under these income caps make up the majority of the population. In 2018, 69.6% of households earn less than $99,000 a year according to Statista.

People who have already filed their 2019 tax returns will automatically receive the check by direct deposit or mail depending on how their tax returns are set up with the Internal Revenue Service.

Tax returns from 2018 will be used for those who have not filed their taxes this year, according to the New York Times.

Because all of the check information comes from data that the IRS collects, people without direct deposit will be sent their checks to the current address, as recorded by the agency.

How much money is each coronavirus stimulus check?

Married couples qualify for $2,400 checks if their adjusted gross income is below $150,000 per year. Again, the check amount decreases as the income amount increases, stopping at $198,000.

Families and single parents will receive an extra $500 per child.

When will the checks arrive?

There is no set date on the bill and it first still needs to be signed by President Donald Trump.

But Treasury Secretary Steven Mnuchin thinks it should only be a matter of weeks.

“As soon as Congress passes this, we will get this out in three weeks,” Mnuchin said on Fox Business last week.

“I think the president said that he would have it out by April 6,” he said on CNN.

Some Americans received similar checks during the 2008 recession according to the Washington Post. They say it took as long as eight weeks for some of the final checks to reach people’s bank accounts.

What else is in the congressional stimulus bill?

Broken down, the $2 trillion is going towards impacted industries, big and small businesses, cities, states, hospitals, and workers.

Specifically, there is a $500 billion federal lending program saved for businesses, cities, and states. It’s a number that New York Governor Andrew Cuomo does not predict is high enough. New York has been hit the hardest by coronavirus.

That lending program is set aside for larger entities, while $367 billion is going toward an employee retention fund. This program will help small businesses maintain their employees with assistance such as a payroll tax credit. This defers affected companies from paying taxes on payroll for two years.

Another $130 billion is going directly to hospitals. Healthcare workers have taken to social media to describe warzone-like conditions with inadequate supplies in their workplace.

“I don’t know who will see this. I worked 12hrs in the ER today. We intubated 5 patients. 4 people died. Seasoned nurses were found hiding & crying in storage rooms. I’m literally in a war zone & the battle has only just begun. The front line is failing, you guys are on your own now,” someone tweeted.

Some specific industries, like the airlines, also made it into the relief package. Passenger companies are eligible for $25 billion in loans and grants that may not have to be paid back, according to the Post. It’s one of the industries that has been rocked by the virus, especially after travel restrictions were implemented.

Will there be more checks?

According to Trump, it’s possible.

It all depends on how the economy reacts to this first stimulus in addition to virus prevention and recovery efforts. Trump says he would be willing to do another round of checks closer to summer if necessary.

But, the president is looking to reopen businesses around Easter—the second week of April. Although top health officials warn that it is too early, Trump says that it is necessary for the state of the economy.