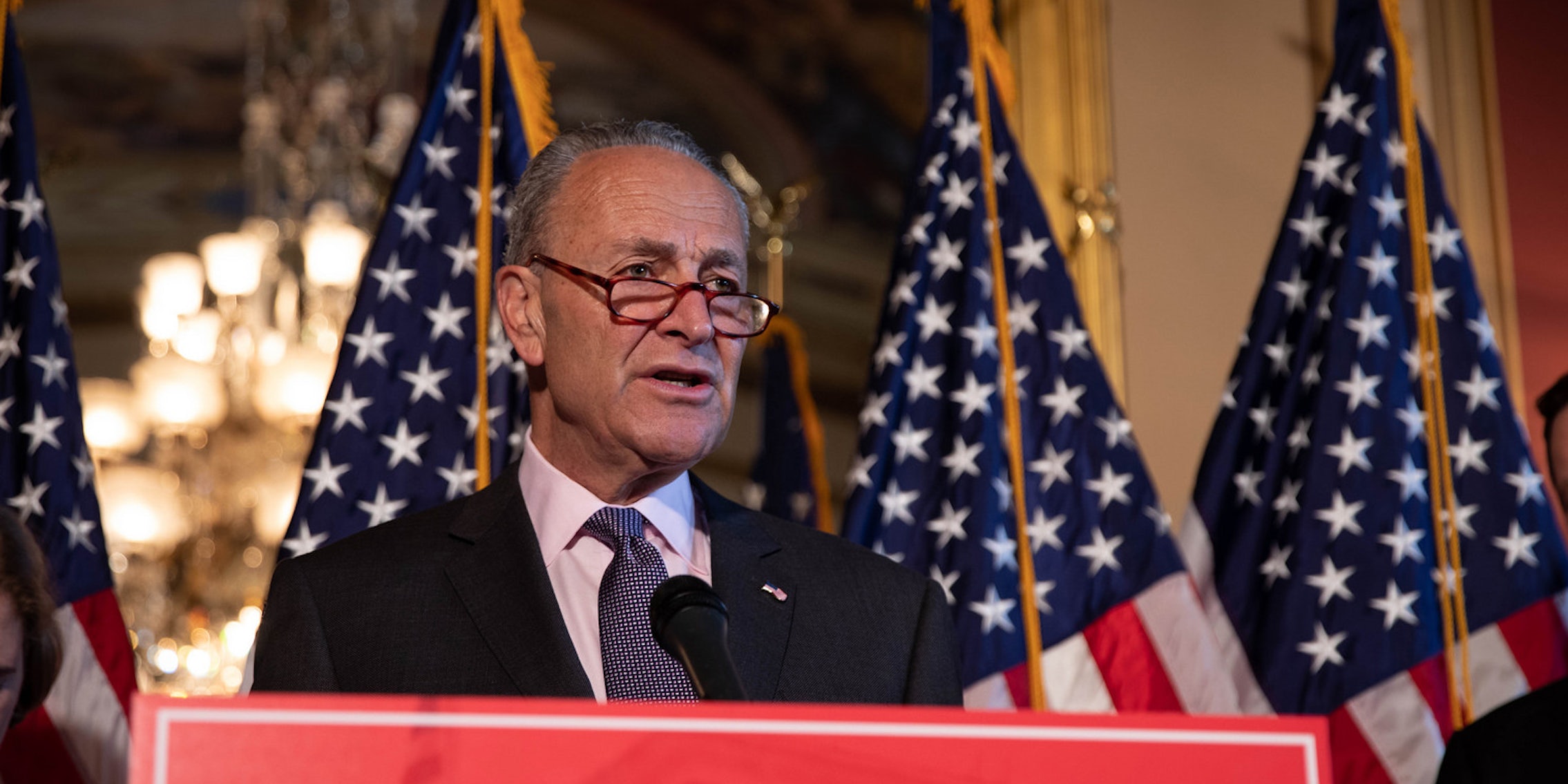 Update 3:55pm CT, Dec. 3: A spokesman for Senator Schumer’s office told the Daily Dot that the post was made in error and that “eligible” interns for Schumer will receive stipends in January.

The job posting was pointed out by Michael Whitney, a newsletter editor for the Intercept.

Many people on Twitter found the unpaid internship disingenuous considering Schumer has supported the idea of a $15 minimum wage.

In an op-ed for the New York Times, Schumer heralded the idea of a minimum wage increase to $15 as part of the “Better Deal” initiative from Democrats.

Schumer’s office did not immediately respond to a request for comment by the Daily Dot.

The idea of Schumer not paying interns was not met well with people on Twitter.

This is why holding democratic leadership accountable is a far cry from "divisive," it is absolutely imperative.

These practices need to be called out and plowed under, particularly in a party that claims to stand for progressive values. https://t.co/CnsFsAW39Z

What kind of person do you think can afford to volunteer full time? https://t.co/TVEiEOZXd9

This is correct. The Democratic leader in the Senate should be setting the example. Unpaid internships benefit children with wealthy parents who can afford to live in DC with no income. We need to do better. https://t.co/rLjpSsC3Wj

Hey @ChuckSchumer, if you claim to work for ALL Americans and work for fair wages, you should be paying your interns.

DC's expensive, and college credit doesn't pay for rent or groceries. There's only a wealthy few who can afford to work for free. https://t.co/L1eUm6rved