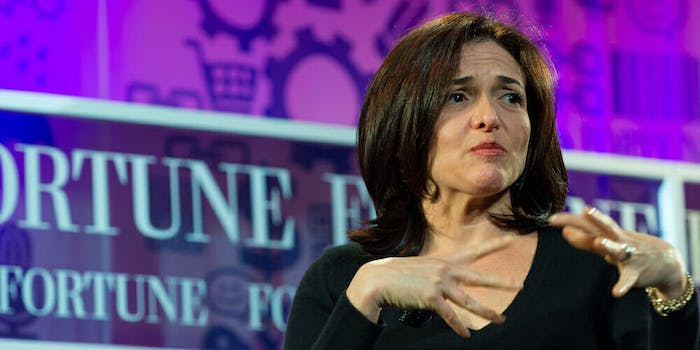 After admitting that it had hired Republican opposition research group Definers to investigate Jewish billionaire George Soros, Facebook is in a bind again. A new document obtained by BuzzFeed shows Definers attempted to tie Soros to anti-Facebook group Freedom From Facebook.

The document, called “Freedom From Facebook Potential Funding,” was distributed to journalists in the fall, BuzzFeed reports. The two-page document starts by saying,

Recently, a number of progressive groups came together to form the Freedom From Facebook campaign which has a six-figure ad budget. It is not clear who is providing the large amount of funding for the campaign but at least four of the groups in the coalition receive funding or are aligned with George Soros who has publicly criticized Facebook. It is very possible that Soros is funding Freedom From Facebook.

“When the ‘Freedom from Facebook’ campaign emerged as a so-called grassroots coalition, the team asked Definers to help understand the groups behind them. They learned that George Soros was funding several of the coalition members.”

The document claims that two of the organizations behind Freedom from Facebook, SumOfUs and MoveOn.org, have received funding from the Open Society Foundation, which was founded by Soros.

Facebook COO Sheryl Sandberg sent an email to staff asking if Soros was attempting to short Facebook stock after Soros criticized Facebook at Davos in early 2018. Facebook has claimed that the research on Soros was already underway when Sandberg sent the email.