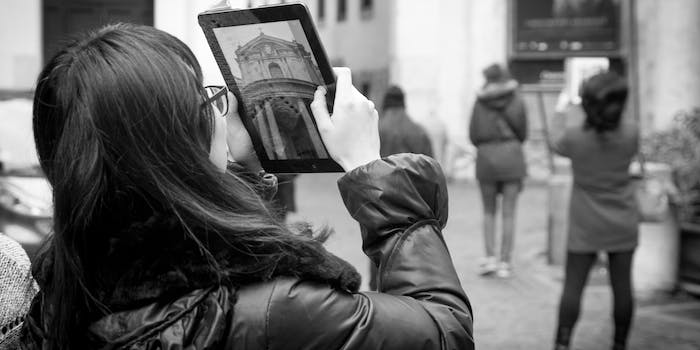 The real reason why iPad sales are down

The only thing killing the iPad is Apple, as its attempt to drag out feature updates backfires.

Apple released its earnings today for the past quarter, and iPad sales were down once again. Once thought of as the next product that Apple would lean on after the iPhone, the iPad has not met sales expectations this year. There are a number of factors that play into the decline of iPad sales, but the biggest reason for the drop off isn’t because tablets haven’t replaced laptops yet or that people simply prefer iPhones: It’s the hardware.

The iPad hasn’t received a significant feature update since the Retina display was added to the iPad 3 back in 2012. Yes, since then the iPad has gotten thinner and lighter, it has received a faster processor, and a lightning port has been added, but those additions and refinements were to be expected. Those aren’t new features as much as they are Apple keeping up with the industry.

Just look at the iPhone, a device Apple has consistently improved on over the years, and one of the clearest examples of the consistent reinvention blueprint Apple should been following with the iPad. A few months before the iPad with Retina display was released in 2012, Apple released the iPhone 4S, a device that had Siri, which was at the time a major step forward—and a feature we had not seen integrated into a product like the iPhone.

The problem with the iPad isn’t laptops or smartphones being able to accomplish everything you could want, thus reducing the need for a tablet. It’s the product itself. Apple has dragged out updates on the iPad to the point where people see no need to upgrade the one they already have. If you bought an iPad after 2012 and it still works, you have no incentive to buy another one.

The iPad has become the automobile of the tech industry—slight improvements are made every year, but there’s no need to buy a new one if yours still works well.

The decline of the iPad is a crisis of poor judgement. With the iPad, Apple expected people to buy whatever it put out, even if it was nearly the same product it released the year before, and the public did not comply.

Apple has sold 225 million iPads to date, and it will continue to sell more. Apple has a partnership with IBM that will finally make them a force in enterprise, and the iPad is still doing well in schools, with 85 percent of the education market. iPad sales are up over 50 percent in India, China, and the Middle East, as first-time buyers make up 50 percent of iPad purchases. Apple isn’t in dire straits with the iPad globally, but at home in the U.S., where Apple already owns the tablet market, its habit of dragging out substantial updates has grown stale.

Running the iPad division with the innovative speed of GM is not something that can be sustained in the U.S. It will take the same time and effort Apple puts into building new hardware and features for the iPhone to revive American interest in the iPad. The days of repackaging last year’s iPad with a new processor and a slightly better camera and still hitting a grand slam are over for Apple.

There is no more coasting with the iPad. Apple has to work at it now.