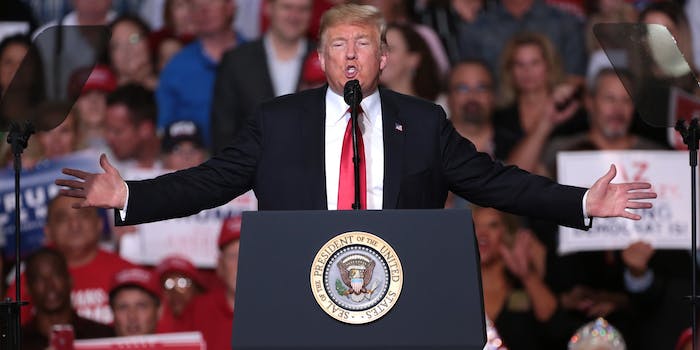 With the 2020 presidential race still neck-and-neck, many users online are beginning to fear that they could be experiencing déjà vu.

Users all across social media are stating that Election Day is giving off major “2016 vibes” as Trump continues to perform better than many anticipated.

“Big 2016 vibes right now and I hate it,” @bradbatt tweeted. “Someone tell me something good.”

Supporters of President Donald Trump appeared to agree as well, with many feeling convinced that a second term is all but inevitable.

“So… is it just me or is anyone else getting major 2016 vibes right now?” said Cabot Phillips, a writer with the conservative outlet The Daily Wire.

Most of the tweets, however, were from those dealing with anxiety and fear that Democratic candidate Joe Biden could lose the race.

“Well I don’t know about your household but we’ve just been scrolling in complete silence for about an hour now, real 2016 vibes down here,” @youngvulgarian said.

Current results show Biden with a projected 131 electoral votes and Trump at 108, with numbers still coming in from the key battleground states that could determine the election.

Not everyone was feeling the 2016 vibes. Some instead argued that the race was giving off 2018 midterm vibes, when similar concerns ultimately ended in major Democrat victories across the country.

But even with major states such as Michigan, Wisconsin, and Pennsylvania showing poll numbers supportive of Biden thus far, it’s still too early to know who will be victorious.

Concerns about the race appear to be reflected in Google Trends as well, showing that searches for “liquor near me” are at an all-time high.