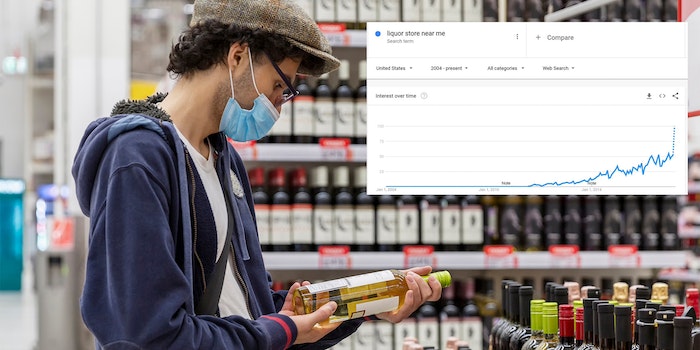 Americans have their priorities.

Google Trends, the analytics arm of Google search, tweeted that people are searching for food and liquor en masse during election night.