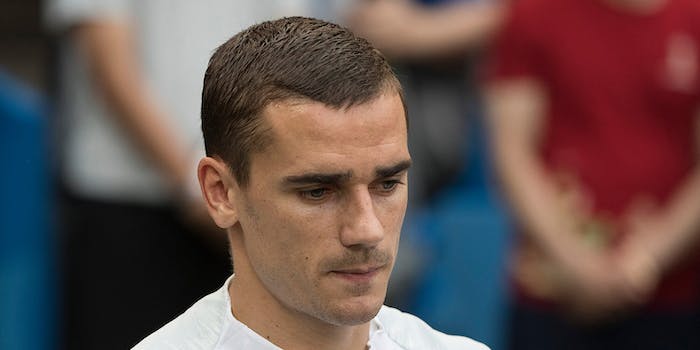 How to stream Barcelona vs. Osasuna

No Messi? No problem! Barcelona rolled 5-2 last week over Real Betis and looks to keep it going in Pamplona.

Will he or won’t he? That’s been the question with Lionel Messi, who’s yet to see the pitch in this young La Liga season, despite reports that he was ready to go last week. That didn’t matter for Barcelona last weekend though; Antoine Griezmann scored a brace, and the Blaugrana handled Real Betis, 5-2. They’ll travel to Osasuna on Saturday to try to put together a win string.

Here’s everything you need to know to live stream Osasuna vs. Barcelona, including what to watch for on the pitch.

Barcelona vs. Osasuna: What to watch for

Osasuna is actually above Barcelona in the standings right now, at 8th on 4 points compared to Barca’s 9th place on 3 points. That should shake out over the course of the season, especially with Griezmann looking like he fits into the offense just fine. Twenty-one-year-old Carles Perez added a goal to show his potential to be part of the next generation of Barcelona greats. Of course, there are still plenty of veterans contributing even with Messi and Luis Suarez sidelined last week. Arturo Vidal put the exclamation point on the win over Real Betis with a late goal, too.

Osasuna’s coming off a scoreless draw with Eibar last weekend after beating 10-man Leganes 1-0 in the season opener. It’ll be hosting in Pamplona on Saturday, but the prospects of a third clean sheet to start the season, given Barca’s impressive firepower, are slim.