How to live stream Gervonta ‘Tank’ Davis vs. Ricardo Nunez

How to live stream Gervonta ‘Tank’ Davis vs. Ricardo Nunez

Can ‘Tank’ Davis continue to make his mark at 130 pounds in front of his hometown fans? As the boxing world waits for Gervonta “Tank” Davis to face a top-notch fighter to show just how good the junior lightweight could be, Showtime will present a 130-pound title fight between Davis and the little-known Ricardo Nunez on Saturday night. You can live stream it for free, and you certainly should. Davis has the potential to be one of the best fighters in the world, and though Nunez isn’t the A-level boxer that will help Davis prove it, he could still provide a solid test for the 24-year-old Davis.

“In the sport today, we throw around the word star quite a bit,” Showtime Sports President Stephen Espinoza recently told reporters. “Everyone’s a potential star or a young star or a rising star, but that term truly applies to ‘Tank’ Davis. Anyone who has seen him fight on television or in person sees the charisma, the skill, the fan base that he has built, and the excitement that he brings to the ring. He truly is one of the most exciting young stars in boxing today. … This is a matchup that provides fireworks. It provides action, and a lot of excitement. We can’t wait.”

Here’s everything you need to know to watch the Davis vs. Nunez live stream on Showtime. 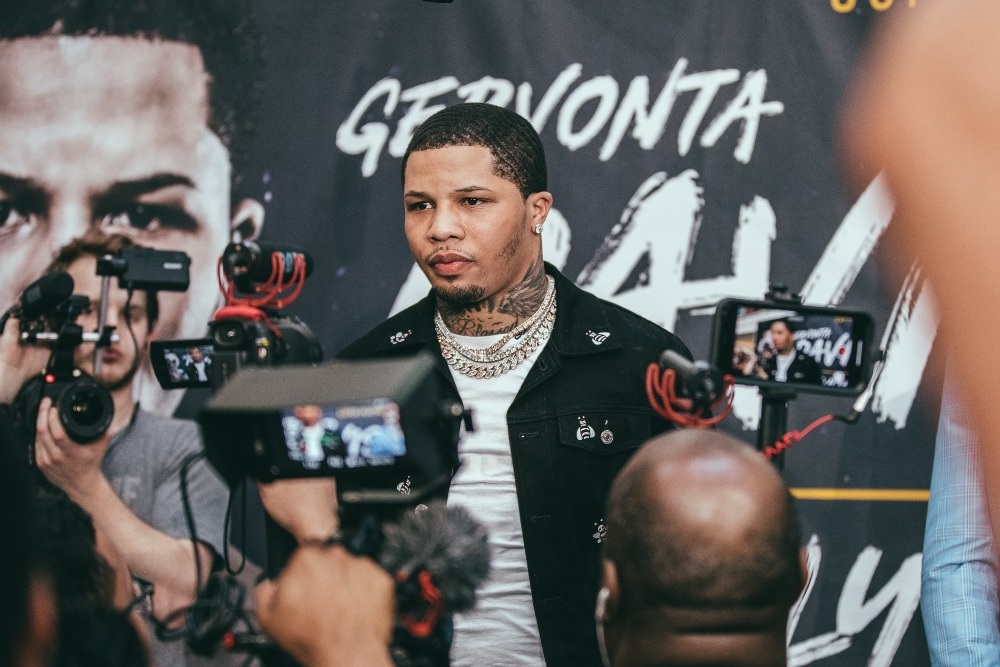 There are plenty of ways to live stream Showtime, and that includes PlayStation Vue, YouTube TV, and DirecTV Now. Of course, it’ll cost you a little extra per month to watch the premium cable channel. The good news, though, is that each service typically offers a one-week free trial. That means if you’ve never had a Showtime subscription before, you can watch Davis vs. Nunez without paying a penny. We’ve highlighted some of the best live streaming options below.

Aside from the Davis vs. Nunez main event, Showtime also will show Yuriorkis Gamboa vs. Rocky Martinez in the co-feature on Saturday. A lightweight fight between Ladarius Miller and former world titlist Jezreel Corrales will open the telecast.

Beginning at 6:30pm ET, Showtime will also broadcast three undercard fights that include unbeaten prospects Richardson HItchins, Malik Hawkins, and Dylan Price. You can stream those three undercard bouts for free on the Showtime Sports YouTube channel and the Showtime Boxing Facebook page.

If you haven’t had a Showtime subscription on Sling TV, you’ll first start with a seven-day free trial. After that trial ends, it’ll cost you an additional $10 monthly fee. One of the best perks offered by Sling is that you can select channel packages in an à la carte fashion to pay for the channels you most want. That means you can pay either $25 or $40 per month depending on how much content you want to watch. If you sign up now, however, you’ll actually get 40% off your first month, bringing your first bill down to just $15 or $25. Here’s a complete guide to Sling TV channels and our Sling TV review.

The best thing about Hulu is that you get the option of watching all the TV shows and movies the service offers while also having the ability to stream live TV. It’s a solid 1-2 punch for boxing fans. For Showtime, viewers will have to pay a $10.99 monthly charge after a free seven-day trial. Here’s the complete list of Hulu Live TV channels.

If you’re a big sports fans, FuboTV is probably the best streaming service option for you. Another plus for FuboTV is that the streaming service also showcases some of the best local TV coverage of any of its competitors. With Showtime on FuboTV, it’s also a great place to watch movies. Here are the complete FuboTV channels list and our FuboTV review.

If you’d like a one-stop shop for all your streaming needs, Amazon is exactly the streaming service you need. Plus, after a seven-day free trial, you can add Showtime for $10.99 per month from one centralized media center. This is about as easy as it gets to live stream Showtime and to watch Davis vs. Nunez. Unlike most of the streaming services, Showtime, every once in a while, gives you an extended free trial of 30 days instead of the standard seven. Unfortunately, this is not one of those times. For now, you get a free seven-day trial with the app, and after that, it costs $10.99 per month (don’t worry, you can cancel any time). If you want to stream Davis vs. Nunez directly through Showtime, this is the way to do it.

“Tank” Davis vs. Nunez: Why it matters

Davis (22-0, 21 knockouts) might be one of the most purely talented young fighters in the game today. But there’s been something lacking about his career. He’s won two 130-pound world titles, but he’s also been seen at times as undisciplined and lackluster. He knows he has to be better than that.

“To be honest, it’s not just about this fight. It’s about maturing as a fighter,” he told reporters recently. “I am 24 years old now, I will be 25 in November. I have a daughter who [is turning 1]. I have matured not only as a man but as a fighter as well. I know what’s in front of me. I am living in the moment right now. I know what I have to focus on now. I know it’s a big task in front of me, now and in the future. But my focus is on right now. I feel like the love is here right now and I don’t want to look past that. I want to soak it all in.

“Being the face of boxing is a fight away.”

On Saturday, he’ll get to be the face of Baltimore boxing, anyway. For just the second time in his career (and the first time since 2013), Davis will fight in front of his hometown fans. Even though he’s a +10,000 favorite, meaning you’d have to bet $10,000 to win a paltry $100, there’s always a chance he could acquiesce to the added pressure he’ll face while fighting in Baltimore.

Or Nunez (21-2, 19 KOs) could be better than most people think. Not much is known about Nunez, because he’s fought all but one bout of his career in his native Panama. The biggest win of his career occurred 13 months ago when he knocked out undefeated prospect Elvis Torres in the first round, and Nunez clearly has power.

But Davis can probably take whatever Nunez can offer. Though Davis hasn’t always been outstanding against lower levels of competition, he did major damage in the first round vs. former world titlist Hugo Ruiz in his last fight in February to score the early knockout.

“If you look at our records, it’s two rivals that the percentage of knockouts are high,” he said. “  … This fight is going to be action-packed, because we’re both knockout artists.”