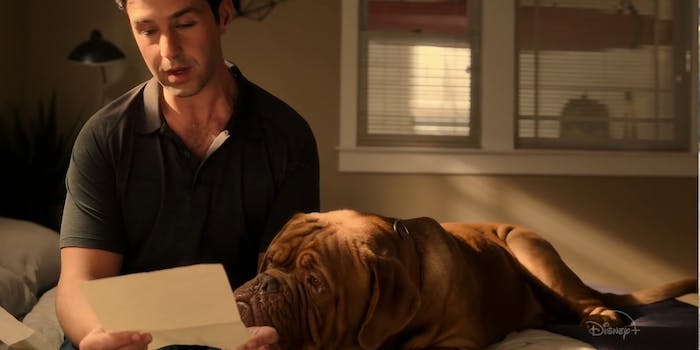 How to watch ‘Turner and Hooch’ the series

Law enforcement is going to the dogs.

In the ’80s, the buddy cop genre reined as king. Tango and Cash. Cates and Hammond. Riggs and Murtaugh. None of these hold a candle to the crime-solving duo of Turner and Hooch.

The 1989 comedy classic featuring Tom Hanks is now a Disney+ series. After U.S. Marshall Scott Turner’s father dies suddenly, he inherits an unruly French Mastiff. Troublesome as the pooch is, Turner discovers that this canine may be more than a problematic roommate. He may also have the makings of a fantastic law enforcement officer.

Together, they uncover a mystery that reveals Turner’s father may not have been accidental. Starring Josh Peck, this new family buddy cop series is totally unleashed.

Here’s everything you need to know to watch Turner and Hooch.

Where to stream Turner and Hooch

The new program is set in the same world as the popular movie. The first season will have six 60-minute episodes. The show premiers Wednesday, July 21, and new episodes come out following Wednesdays.

Turner and Hooch is available to stream on Disney Plus. The celebrated Disney streaming service is available alone, or through a bundle with Hulu and ESPN+ for only $12.99 a month. Not only can you stream Turner and Hooch but just about every other family friendly comedy including the 1989 film of the same name.