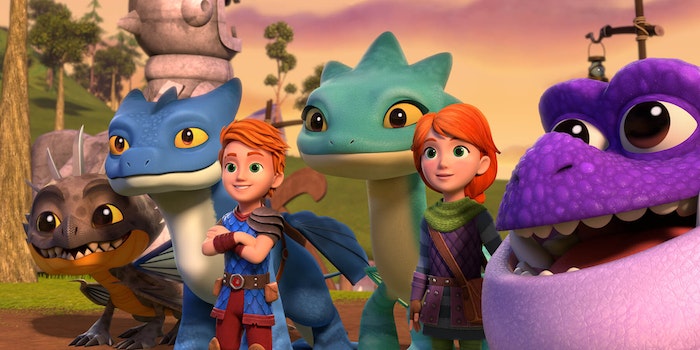 Young viewers will find plenty to enjoy in the latest installment of the 'How to Train Your Dragon' franchise.

Dragons: Rescue Riders, the newest installment of the How to Train Your Dragon franchise, is adorable, fun, and, unlike the rest of the franchise, suitable for preschool kids as well as preteens and up.

RELEASE DATE: 9/27/2019
DIRECTOR: TJ Sullivan
STREAMING: Netflix
The latest installment in the ‘How to Train Your Dragon’ franchise is adorably fun for children despite its occasional inconsistencies.

Featuring 10-year-old twins Dak and Leyla (not very Viking names), raised by a mother dragon who rescued them from a shipwreck, Rescue Riders is basically a superhero show set in the world of Berk. It takes place on a different island, Huttsgalor, supposedly at the edge of the “Viking empire,” where the human-dragon partnerships established by Hiccup don’t seem to have spread. Thanks to their upbringing, Dak and Leyla can understand dragon speech, meaning the viewers can as well, making this the first installment of the franchise where the dragons have speaking parts.

Mysteriously separated from the mother dragon who raised them, Dak and Leyla—along with their dragon brother, Winger, and friends Cutter, Summer, and Burple—spend their time rescuing dragons in need of help. After their first human rescue turns out to be the chief of Huttsgalor, the twins and their dragon friends agree to live there with him despite being their apprehension about humans. While in Huttsgalor, they have to deal with human antagonist Magnus Finke, who doesn’t like having dragons on the island, as well as a trio of sneaky, villainous dragons called Slinkwings, who can turn invisible and are always trying to steal from them. They also find a collection of dragon eggs, which they must care for and keep the Slinkwings from eating, resulting in several adorable episodes full of baby dragon antics. 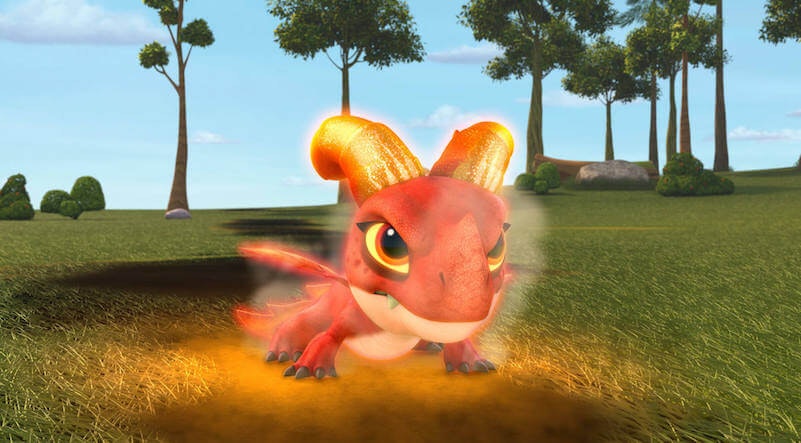 That said, there are some real problems with the writing on this show. While the episodes feature all the typically good moral lessons for kids—don’t ignore your friends, ask for help, don’t be greedy, etc.—the delivery feels lazy at times. There are also weird inconsistencies between episodes, especially the baby dragon ones, and the writers don’t always introduce characters properly. There’s one particularly fascinating character—Marena, an older Spanish woman with an eyepatch who seems to be some sort of retired adventurer—whose introduction could have been its own episode, but the writers debut her as if she were already a familiar cast member instead. The ending is also unsatisfying and might come off as sad, as the baby dragons go away to live with another elderly dragon—the Grandpa Mason of the dragon world—rather than staying with the family made by the twins and their friends. Despite this, Dragons: Rescue Riders is still a fun show, and young viewers may not notice or care about the plot inconsistencies.

It also seems the producers have listened to complaints about previous installments, as there are now non-villainous Vikings of color in the show, one of whom is a recurring character: Elbone, the best fisherman in town who nevertheless hates fishing and is always trying to find another job. The series could have handled Elbone with more nuance, as he frequently gets relegated to comic relief, but it’s still an improvement over the second movie. The series also features a roughly equal number of male and female leading characters, and the village even has a female blacksmith (which was fairly common throughout history, though rarely represented in fiction). 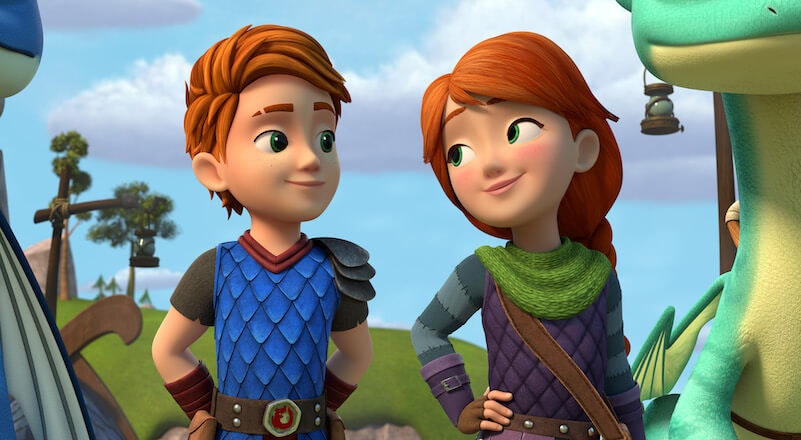 A more nitpicky complaint is the adult Vikings do still have frustratingly Scottish accents, and have even picked up bits of Highland Scots culture in this show (like naming their favorite sheep Haggis). However, history nerds might comfort themselves with the knowledge that the Scottish Highlands were actually a mixed Norse-Gaelic community, so maybe that’s where Huttsgalor and Berk are supposed to be (probably not, but it’s what this reviewer is telling herself anyway).

While Dragons: Rescue Riders has its problems, young viewers will find plenty to enjoy. I would definitely watch it with my goddaughter, or at least have it playing as background noise while I do other things.