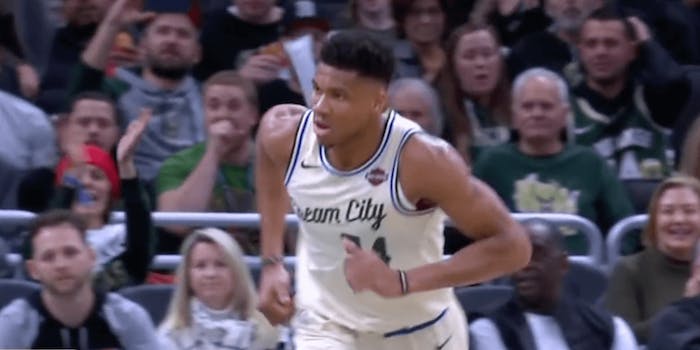 How to watch the big Bucks vs. Sixers Christmas Day matchup

The Bucks and Sixers kick off ABC's NBA coverage, with a great matchup leading off a massive tripleheader.

Giannis Antetokounmpo and the league-leading Milwaukee Bucks (13-11) make the short flight over to meet Joel Embiid and the Philadelphia 76ers at Well Fargo Center in downtown Philadelphia.

The Sixers have played with more consistency as of late, but have also had some lapses–such as their recent loss to a Luka Doncic-less Dallas Mavericks. However, this game will be the biggest test of the season so far for both teams. The Bucks have been the league’s best team, gauging by their record and wins over the West’s presumed favorites in the Lakers and Clippers. They aren’t just winning either, the Bucks’ point differential of 12.8 says they’re the cream of the crop.

There’s a significant problem with that plan, of course, if you’ve been paying attention. Giannis can now shoot over the top of that plan.

This is just scary. You gonna need more than a Wall this time #NBA #Giannis pic.twitter.com/8KUaDHdsOf

Milwaukee Bucks vs. Philadelphia 76ers: What to watch for

How Antetokounmpo uses his new-found shooting ability, or at least his confidence in it, will be a major key to the game, as it will likely foretell the Bucks’ chances of getting to the Finals.

The team leader in threes made with 50….

The reality is that Greek Freak is changing the geometry of the court, enabling not only his downhill dribble drives, but also his spacing for his teammates. In fact, it changes spacing even when he doesn’t have the ball, because his primary defender can’t sag away to help in any direction. It’s an awful position for whoever’s tasked with guarding Antetokounmpo. Bigs will be in no-man’s-land no matter what. Smaller players won’t bother to counter his shot or they will be posted up.

Giannis now has a higher 3P% than:

Pretty good for someone who “can’t shoot”