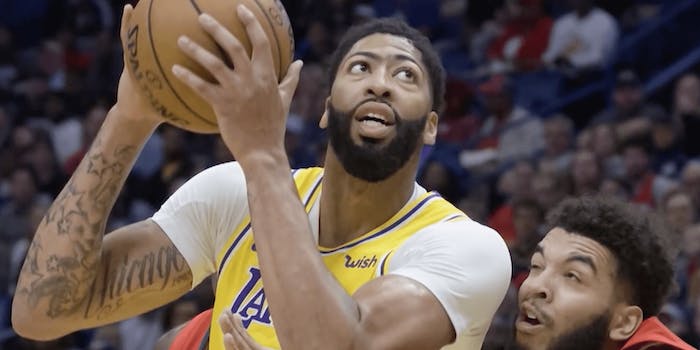 How to watch the primetime Clippers vs. Lakers Christmas Day matchup

It's Christmas, and Christmas LeBron is special. But Kawhi's been fantastic when he's played this season. Don't miss this potential instant classic.

The mercurial Los Angeles Clippers “visit” the Los Angeles Lakers in an anticipated rematch at Staples Center. Playoff positioning and city-wide bragging rights are at stake.

“It’s going to be a different LeBron on Christmas Day, I guarantee it.”

– Anthony Davis on the rematch with the Clippers in one week. pic.twitter.com/tcAjDRCwEf

Kawhi Leonard will likely suit up, and has played like an MVP player when he does, averaging 25.5 points, 7.9 rebounds, 4.9 assists when he’s been in the line-up. Paul George has been an ideal partner in crime, after recovering well from double shoulder surgeries. Lou Williams is in line for yet another Sixth Man of the Year nod.

LeBron James has been, well, LeBron James. He’s simply accomplishing feats that no players pushing 35 years old have. It’s Anthony Davis’ addition that has put the Lakers into championship contention, as not only an ideal fit but also the main catalyst for the team’s suffocating defense.

The load management comment exchanges from Clippers head coach Doc Rivers and LeBron James have only added to the fodder around the sitting players (i.e. Kawhi Leonard). Leonard will likely play, given the Clippers will have been off a few days, and the game will serve as another temperature check for both teams.

"Doc didn't need to take a shot [at LeBron]. Let's be all of the way 100, Kawhi Leonard has the same amount of control with the Clippers as LeBron has with the Lakers."