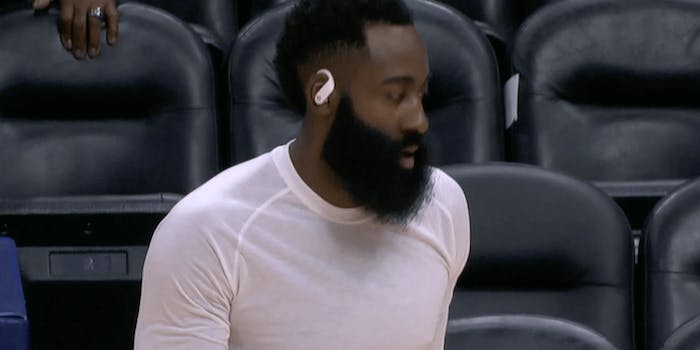 How to watch tonight’s fire Clippers vs. Rockets matchup online

It's an early-season preview of the Western Conference finals. Here's what you need to know about streaming the game live.

NBA fans will be treated to an early evening matchup between clubs with eyes on the Larry O’Brien Trophy on Wednesday, as the Los Angeles Clippers pay the Rockets a visit at the Toyota Center in downtown Houston.

Winners of five of their last five games, the Clippers come in off a quality win over the reigning NBA champion Toronto Raptors, 98-88. While he didn’t shoot particularly well, superstar Kawhi Leonard barely missed a triple-double against his old team, while Lou Williams–another former Raptor–scored 21 off the bench.

Paul George, who’s been out recovering from shoulder injuries, is expected to make his debut during the current road trip, likely against the New Orleans Pelicans on Thursday.

BREAKING: Paul George will make his Los Angeles Clippers debut on a Thursday against the Pelicans. (h/t @ChrisBHaynes)

The Rockets are winners of four straight, including a 122-116 win over the young and feisty New Orleans Pelicans. Once again, though only shooting just over 40% for the season, former league MVP James Harden leads the NBA in scoring (37.3 ppg). Houston will attempt to play over the top of what most experts believe will round out as the league’s best defense in a fully-healthy Clippers.

Los Angeles Clippers vs. Houston Rockets: What to watch for

The major key for the game: More injuries!

Rockets announced shooting guard Eric Gordon will be out for six weeks after knee surgery on Tuesday.

Pros: Houston has been playing some of its best ball lately without Eric Gordon. This also might help Gordon rehab and return to form this season.

Cons: The Rockets ultimately need Eric Gordon healthy and playing in order to get a high seed and be legitimate contenders. https://t.co/jkbWiEF72t

“Eric [Gordon] is going to have a procedure on his knee to clean up some stuff, and he will likely be out up to six weeks,” said head coach Mike D’Antoni in a presser. “It’s been bothering him since the middle of last year. I think he’s probably relieved that he can clean it up, get it going, so he can come as back strong as ever.”

Gordon has been a trooper, playing roughly 30 minutes per game, though it was clearly affecting his performance. The former sixth man of the year has averaged 10.9 points per game, shooting just 30.9% shooting over 10 games–including 28.4% from 3. With Danuel House also out (back), Austin Rivers and Ben McLemore will likely eat those minutes in Gordon’s stead.

Check out the author’s NBA podcast covering news of the last seven days in the league. We also dive into Miami Heat guard Dion Waiters’ gummy debacle and the Knicks’ front office taking over a press conference after a loss to the Cleveland Cavaliers.