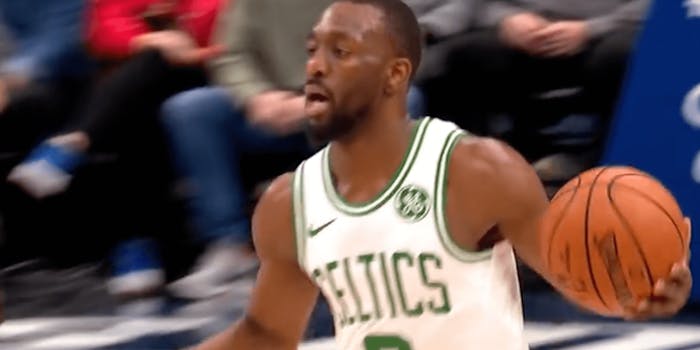 How to watch the big Celtics vs. Raptors Christmas Day matchup

Celtics star Kemba Walker will have his work cut out for him against the Raptors' two-headed monster of Kyle Lowry and Fred VanVleet.

The Boston Celtics hit the north to take on the reigning NBA champion Toronto Raptors. It’s a divisional clash at Scotiabank Arena in downtown Toronto to kick off the NBA’s Christmas Day pageantry.

The resurgent Celtics are lead by Kemba Walker, who came over in free agency from Charlotte. The All-NBA player has brought the Celtics back in line after a tumultuous season with Kyrie Irving as the team’s top star.

Kemba Walker emphasizes how much Jaylen and Jayson make his job easier (presented by https://t.co/Av8GdCAzPA) pic.twitter.com/JyePirAAHj

Toronto continues to win, despite playing without leading scorer Pascal Siakam (out with a groin injury), center Marc Gasol (sidelined with a left hamstring issue) and guard Norman Powell (out with a left shoulder injury). Siakam and Powell are day-to-day.

Boston Celtics vs. Toronto Raptors: What to watch for

No matter how to shake it, Kemba Walker has been a much better basketball and culture fit for the Celtics than Kyrie Irving. Irving’s moods have been criticized, even now as a Net, but anxiety and mood disorders aren’t laughing matters. That said, head coach Brad Stevens has to be pleased with Walker’s steady production.

Walker, though, will have his work cut out for him against Kyle Lowry and Fred VanVleet.