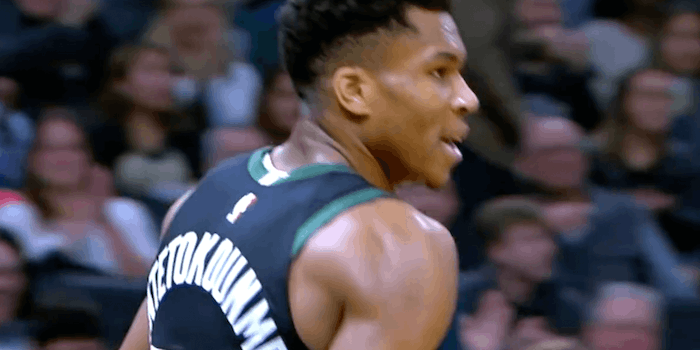 How to stream Bucks vs. Clippers

Bucks forward Giannis Antetokounmpo is putting together another MVP season.

NBA fans will be treated to a matchup between two clubs with championship aspirations on Wednesday, as the Milwaukee Bucks pay the Los Angeles Clippers a visit at Staples Center in downtown Los Angeles.

The Bucks are led by reigning NBA MVP Giannis Antetokounmpo, in the midst of another MVP season, averaging 27.7 points, 14 rebounds, and 7.4 assists. He’s the only player currently ranked in the top 10 in points, rebounds, and assists—and the only player also shooting over 60% from the field. Khris Middleton is second on the team in scoring with 19.4 points per game.

Reigning NBA Finals MVP and Los Angeles forward Kawhi Leonard will sit out, continuing the “load management” plan previously used by the Toronto Raptors—which eventually led to a rested Leonard pushing the Raptors into an NBA title. Wednesday will be the second time the two-time defensive player of the year has sat in the team’s first eight games. In the other instance, last week, the Clippers lost to the Utah Jazz in Salt Lake City, 110-96.

The Clippers continue to play without the team’s other major addition in star Paul George as he recovers from surgeries on both shoulders. No hard timetable has been set for his return to the court.

Here’s everything you need to know about finding an NBA live stream to catch the hardwood action.

Milwaukee Bucks vs. Los Angeles Clippers: What to watch for

The major key for the game: shooting and spacing for the Greek Freak.

This task will be much easier to accomplish for Antetokounmpo, given two of Los Angeles’ main defenders won’t be on the floor, in Leonard or George. Montrezl Harrell is a quality big but is too undersized to control the reigning MVP who should have his way without much resistance. Milwaukee is averaging a league-leading 121.3 points per game

“When everybody’s hitting on all cylinders, we’re a tough team,” Middleton said after the Bucks’ 134-106 steamrolling of the Minnesota Timberwolves on Monday. “We’re already a tough team but when you got everybody hitting shots, everybody making plays, everybody guarding the way they’re supposed to it just makes things so much easier.”

Check out the author’s NBA podcast covering news of the last seven days in the league. We also dive into our list of “all-scrap” players.