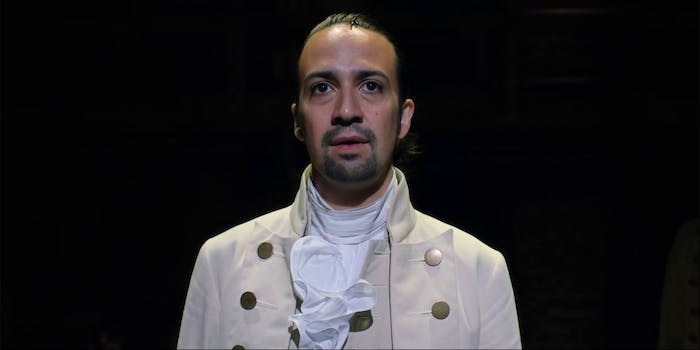 How to stream ‘Hamilton’

Alexander Hamilton. His name is Alexander Hamilton. And there are a million things he hasn’t done. At this point, I’ve likely infected you with the catchiest earworm since “Master of the House” from Les Miserables. It’s going to get worse because you’ll soon be able to stream Hamilton.

Lin-Manuel Miranda’s instant broadway classic that’s beloved by everyone from Rosie O’Donnell to Dick Cheney will finally be within reach of the people. Getting a ticket to watch founding fathers rap about federalism was damn near impossible for a while, but a recording of the musical featuring the original cast will be available just in time for Independence Day.

Here’s everything you need to know to stream Hamilton.

Actor and playwright Lin-Manuel Miranda read Ron Chernow’s 2004 biography on Alexander Hamilton, which inspired the musical’s concept. Originally, the show premiered off-Broadway in January 2015. It premiered on Broadway in July 2015, and the rest is musical history. It went on to win 11 Tony Awards, a Grammy, and even landed Miranda and his band of cohorts an invite to perform in the Obama White House.

Where to stream Hamilton