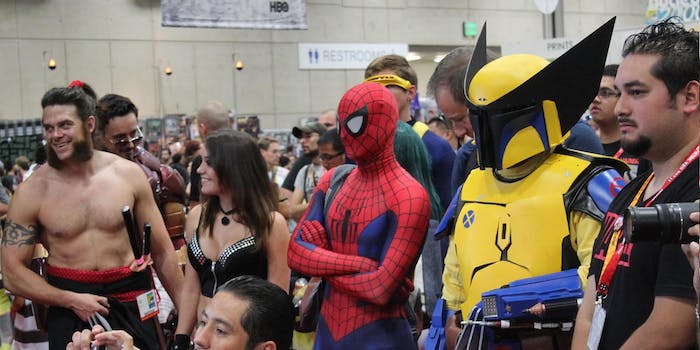 San Diego Comic-Con’s organizers finally bit the bullet on April 17, canceling this year’s event. They previously quashed rumors that SDCC would hold an online convention instead, but it looks like that’s happening after all.

SDCC just announced “Comic-Con @ Home,” advertised with a teaser promising free parking and no queues (because it’s live-streamed, ha ha) and “badges for all.” That could mean this is a free event, or it could mean that there’s an unlimited number of badges for sale. Some online-only conventions are still charging steep prices for entry in order to pay for guests and organization costs.

There’s no further info on what Comic Con @ Home will look like, but SDCC definitely has the clout to attract some big names for live-streamed panels. They’re sure to manage, say, a Zoom call with some Marvel stars.

With many films and TV shows delayed for several months, there’s a relative dearth of news and trailers to announce, but there are still some things that could work for SDCC this summer: Avatar 2, Marvel’s Shang-Chi and The Eternals (both due out before SDCC 2021), season 2 of The Mandalorian, and Fantastic Beasts 3, to name a few.

While most fan conventions are simply canceling due to the pandemic, a few have succeeded in launching online-only replacements. Last week there was a Star Wars convention organized by ReedPOP, featuring panels, interviews, and viewing parties, and Worldcon will attempt a full program of live-streamed events in August. There’s precedent for an event like this to work, and SDCC’s organizers have the connections make it worthwhile.