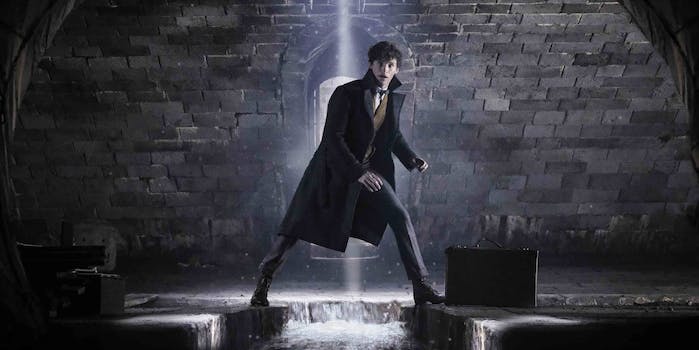 The film won't be released until November 2021.

Work on the third Fantastic Beasts movie is underway, and it’s taking Newt Scamander to a new part of the Wizarding World.

The official Wizarding World website (which was rebranded from Pottermore last month) announced Monday that Warner Bros. has greenlit the third (and untitled) Fantastic Beasts film. With plans to go into production in Spring 2010, the film will be released on Nov. 12, 2021 after initially being pushed back. David Yates, who’s directed four Harry Potter films and the first two Fantastic Beasts movies, will direct the third installment of the franchise with a script co-written by J.K. Rowling and Steve Kloves (who adapted most of the Harry Potter films).

The majority of the main cast, including Eddie Redmayne, Jude Law, Johnny Depp, Katherine Waterston, Ezra Miller, Alison Sudol, and Dan Fogler, are confirmed to return. But Wizarding World reveals that Jessica Williams’ character, Professor Eulalie “Lally” Hicks, who teaches at Ilvermorny (a.k.a. the American wizarding school) will have a much larger role after appearing in The Crimes of Grindelwald for, at most, a few minutes.

Wizarding World also confirms the setting of the film as Rio de Janeiro, which Fogler revealed earlier this year and Rowling had been hinting at as far back as late 2018.

As with the first two films, the third will take us to new continents, exploring wizarding cultures across the globe. The first Fantastic Beasts film introduced us to American wizarding life in 1927 New York, the second took us to Paris, and we can now reveal that the third film will officially be visiting… Rio de Janeiro, Brazil!

The third Fantastic Beasts film out of a five-film series will launch into production as enthusiasm for the franchise has dampened. The Crimes of Grindelwald made significantly less money domestically than Fantastic Beasts and Where to Find Them and was critically panned; Rowling’s script was often cited as one of the film’s biggest issues. The treatment of women and queer characters, its troubling politics, and its casting have garnered even more ill-will.

But Fantastic Beasts is still a massively popular franchise, with The Crimes of Grindelwald making more than $653 million worldwide, more than half of which came from international ticket sales. Even as apathy toward the franchise and its story seep in (amid valid concerns about offensive worldbuilding and depictions), we might somehow finish out this franchise if only because it keeps making money.