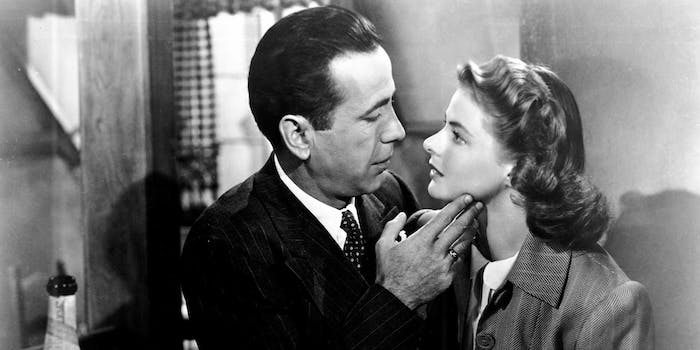 The movie release schedule is in chaos. This could be the solution.

Despite government pressure to end lockdowns, it won’t be safe to go to the movies for a while. But when cinemas do reopen, what will that actually look like?

Studios are delaying release dates into 2021, or shifting theatrical releases to VOD. The Academy Awards just made some VOD releases eligible for Oscars next year, opening the door for more dramas to skip theatrical release and still win awards. AMC Theatres are now in a feud with Universal, refusing to screen any Universal movies until the studio backs down from releasing films online. The Russo Brothers want to re-release their Avengers movies to entice audiences back to theaters, just in case Marvel wasn’t ubiquitous enough already. But here’s a better idea: Once it’s actually safe to go out again, cinema chains should fill the half-empty release calendar with classic films, reintroducing old favorites to new audiences.

Unless there’s a widespread re-release (for instance the 40th anniversary of Alien), old movies only tend to screen in repertory theaters. These theaters were already struggling before the pandemic, partly thanks to Disney mothballing a ton of vintage Fox movies after the Disney/Fox merger. Disney wants to prioritize new releases, and apparently that means eradicating competition from older films like The Sound of Music or Fight Club, which are now much harder to screen in theaters. But if the last few months have taught us anything, it’s that big changes can happen fast. The chaotic state of cinema in 2020 creates a perfect opportunity to experiment with screening different movies in different ways.

In theory, streaming services make it easier to access old movies. In practice, these platforms prioritize new releases, especially their own original content. That’s why your Netflix front page always promotes something like Extraction or The Witcher or the latest two-star Adam Sandler comedy. And while all of the big-name classics—The Godfather, Casablanca, The Wizard of Oz—are available on VOD, a lot of them aren’t on subscription services like Netflix, the most popular streaming platform in the U.S. You can’t casually browse and stumble across them, you have to know what you’re looking for and then rent it.

This is where repertory theaters traditionally stepped in, curating older films that audiences will enjoy, whether that’s Jaws or Citizen Kane or Rashomon. Now (or rather, in a few months) is an ideal time to get the ball rolling again, for audiences who are keen to see movies in person after months being cooped up at home. Netflix is good for some things, but it just isn’t the same as watching a great film in a crowded theater.