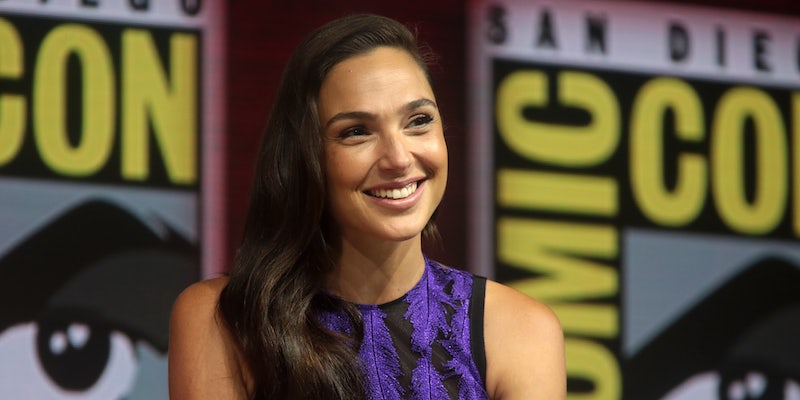 The 'Wonder Woman' actress reportedly disagreed with Whedon's changes to her character.

Wonder Woman star Gal Gadot was one of several people who spoke to Warner Bros.’ investigators about Joss Whedon’s behavior while filming Justice League reshoots. But until now, she was circumspect about what happened behind the scenes. In a new interview with Israel’s N12 News, Gadot confirmed that Whedon threatened her career on set.

Commenting on earlier reports that Gadot clashed with Whedon while filming Justice League, interviewer Yuna Leibzon said, “He even said you should just be pretty and say your lines. You weren’t going to let him get away with it.”

Gadot agreed, adding, “What I had with Joss basically is that he kind of threatened my career and said if I did something he would make my career miserable. I handled it on the spot.”

This tracks with an earlier Hollywood Reporter article that said Whedon dismissed creative concerns from Gadot and Jason Momoa regarding changes to their characters. Gadot allegedly had concerns about Whedon’s Justice League revisions, which involved Wonder Woman being “more aggressive” than in her solo movie. According to this report, Whedon threatened Gadot’s career while pushing for Gadot to record lines she didn’t like. It’s unclear what those lines entailed, but back in 2006, Whedon penned a Wonder Woman screenplay that was riddled with misogynistic ideas, causing a minor scandal when it resurfaced online.

Whedon has now been accused of workplace harassment and bullying by multiple sources, with many allegations following a recurring theme. He allegedly targeted more vulnerable or junior members of the cast and crew, whose careers could be harmed by a powerful writer/director like Whedon. Ray Fisher fit this trend because Justice League was his first major role and he was the only Black actor in the main cast, reporting widespread racism behind the scenes at Warner Bros.

When Fisher tried to report Whedon’s behavior at the time, it didn’t make much impact. Things only began to change three years later, after Fisher shared his story on social media and publicly pushed for an investigation. If Gal Gadot was able to “handle it on the spot” when Whedon threatened her career, this suggests she had more clout with the studio in her capacity as the star of Wonder Woman. With Gadot and former Whedon collaborators like Charisma Carpenter now publicly sharing their experiences with the director, it seems increasingly unlikely that Whedon will return to making high-profile projects in Hollywood.

The Daily Dot has reached out to Joss Whedon’s representatives for comment.