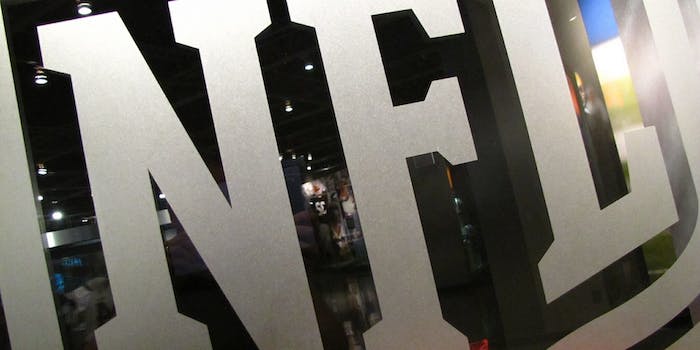 Here are the 13 best NFL memes you’ve ever seen

Every NFL Sunday is a new opportunity.

During the NFL season, every Sunday is an opportunity. An opportunity for something awesome/terrible/hilarious to happen on a football field, something that immediately can become a certifiable meme. Football is memes, as the old saying goes.

Sometimes, though, they show up when you least expect them.

For instance, five days into the 2017 NFL season, a meme emerged from the one of the unlikeliest of places. Most sideline reporters don’t provide a plethora of pertinent information when they’re called to speak during a broadcast. But then we were introduced to Sergio Dipp, who nervously flubbed his Monday Night Football debut, leading to these internet gems (including one from Sergio).

Sergio Dipp was the first great NFL meme of 2017. Here are others from years past.

Peyton Manning, formerly of the Indianapolis Colts and Denver Broncos is one of the best quarterbacks of all time. His kid brother, Eli Manning of the New York Giants, has won two Super Bowls. But they’re siblings, and man, do they both display similar sourpuss faces when a game is about to be lost.

Peyton also has a few good ones.

The 2016 season Super Bowl was one of the most improbable in history, as the Falcons blew a 25-point lead in the final 17 minutes of regulation and allowed the Patriots to squeak out a 34-28 victory. The memes were immediate.

This wasn’t quite as heartbreaking as the Falcons’ colossal debacle that would occur two years later, but the Seahawks drew plenty of criticism for opting to throw for the winning touchdown vs. the Patriots with seconds left instead of trying to run the ball. The play called by coach Pete Carroll failed, and New England won Super Bowl XLIX. Which immediately led to these.

Seahawks Pete Carroll should of had a Snickers during Super Bowl XLIX, he wasn't himself.He was Steve Spurrier. #NFL pic.twitter.com/oFkIPlIMw9

This could apply to any top player in the league, but as always: Do NOT get injured in the first week of the season if you’re one of the league’s best running backs.

Remember when Tim Tebow won the Broncos a bunch of games in 2011? Remember when he knelt in prayer and started a new trend called Tebowing? The meme got so popular Tebow even trademarked it.

Here was the genesis.

And then this happened.

Basically made in response to the Tebowing phenomenon—which is OK since Tebowing basically took over for planking—this photo shows Patriots quarterback Tom Brady reacting to his team’s Super Bowl loss in 2012. The internet went wild over it.

They must have failed their tests

Posted by Bradying on Tuesday, February 5, 2013

Brady is one of the best quarterbacks in NFL history, and he’s also mastered the social media game. But he couldn’t contain the internet’s glee when a courtroom artist sketched him during a #Deflategate hearing in 2015.

And the memes that came along with it.

Tom Brady courtroom sketch is the only meme that matters today. Keep it up, Internet. pic.twitter.com/wcBlcvzmnY

DeflateGate is turning into a real thriller pic.twitter.com/KmY3Xv2Bej

And here's the sketch of Brady arriving in court. pic.twitter.com/b3I2mr68QI

This meme was only brief. It features Ravens quarterback Joe Flacco on the turf after throwing an interception returned for a touchdown by the opponent.

In the next offseason, though, Flacco signed a contract worth $120.6 million, meaning the meme needed to be updated.

All of this begs another meme question: Is Joe Flacco elite?

Raiders running back Marshawn Lynch loves to eat Skittles. Once the world discovered that, the internet couldn’t stop tasting the rainbow.

Get you a girl that loves you like Marshawn Lynch loves skittles! pic.twitter.com/woC0YR6Xoz

When Marshawn Lynch found out he had skittles waiting in the locker room lol https://t.co/UZumhcDnfN

10) The Lions are eternally bad

The team from Detroit can’t stop getting roasted.

11) The Browns are eternally worse

The Lions have nothing on the ineptitude of the team from Cleveland.

And what happens when the Browns win?

12) A Gronking To Remember

Passed Gronk in JetBlue terminal at BOS and for the first time in my life I regret not having a copy of A Gronking To Remember.