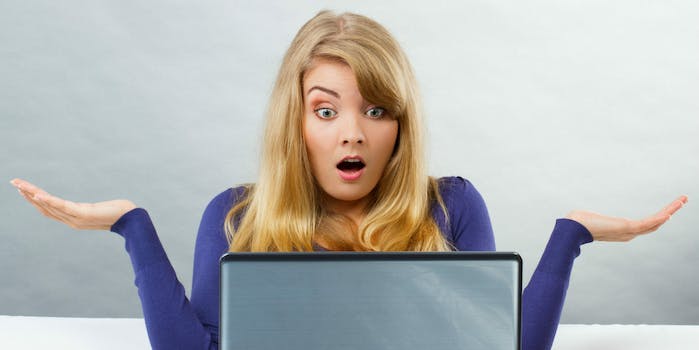 Reddit 50/50: The daring challenge suddenly taking over the internet

Are you feeling lucky? Are you bold enough to click on a totally random link? Reddit’s favorite game is suddenly experiencing a huge resurgence, with some of the biggest YouTube stars taking part. If you haven’t taken the Reddit 50/50 challenge yet, you probably will soon. Here’s what you need to know.

The premise of Reddit 50/50 (or Reddit FiftyFifty, Reddit 50 50, or 50/50 Reddit) is incredibly simple. Users submit a link to an image or video that will either give you the feels and/or reaffirm your faith in humanity, or it will gross you out/scar you for life/make you not want to live on this planet anymore. The accompanying headline presents you with accurate descriptions of both possible outcomes. The name “FiftyFifty” is an obvious reference to your odds of getting either outcome. A flip of the digital coin will either give you something awesome or something truly awful.

The rules are fairly simple for submissions. The titles have to start with [50/50] and have to have “clear and separate titles,” making the two options clear. You can’t link to any illegal content—there are limits here, no one wants to stumble upon child porn—and there are a number of forbidden Reddit 5050 themes, including “fake celebrity nudes that do not specify that they are fake,” “screamers,” lame set-ups like heads or tails, and importantly, “trans/gay content used as the discouraging content.” Each post must also be NSFW or SFW, short for not safe for work or safe for work, though some are NSFL (not safe for life). And you should probably heed that warning because they tend to fall on the side of the grotesque. We can’t stress that enough.

The importance of having a positive and negative possibility is made clear in an admin post from September 2017, and don’t even think about trying to sneak in some self-promotion. “Your shitty YouTube channel doesn’t count,” admin PlushSandyoso wrote in a September 2017 update. “I will permanently ban you without mercy.”

The trick is to make both options so enticing or curious that just can’t help but click—consequences be damned. Here are just a couple of sample headlines. (Warning: Some of these links may contain material not suited for a public environment and may ruin your day, which is kinda the point.)

[50/50] Wedding crashed when the horse being ridden down the aisle goes crazy (NSFW/L) | Guy falls off his skateboard and a cat finishes his trick for him.

[50/50] Man stabbed in the heart, knifes dances to the heartbeat (NSFW) | 2 puppies fighting over a squeaky toy (SFW)

R/FiftyFifty, the home for all of these challenges on Reddit, gives the submitter the option of picking which outcome any would-be players get. Alternatively, users also can make their post a “true FiftyFifty.” When that happens, the submitter posts both potential outcomes, but they don’t know what will happen when people click on that link. It’s randomly selected, and users will be stuck with their choice for 60 seconds—and that minute will feel like a lifetime. True FiftyFifty scenarios are labeled with “True” flare. Anything that involves porn or spoilers are automatically labeled True 5050. If you want to only see True5050 posts, you should click here.

If you only want to look at True5050 posts, you can find them here. And if you’re worried about accidentally clicking on some NSFW content, you can adjust your Reddit settings here. You’ll just need to adjust your settings to “high images for NSFW/18+ content” while also confirming that you are, in fact, over 18 and “willing to view adult  content.” You’ll need to save for the changes to stick.

Reddit FiftyFifty first came into existence nearly four years ago, on Jan. 3, 2013. It was born out of the necessity to find something to amuse oneself when properly sauced.

“As a drinking game, I was hunting around for some risky clicks,” topodan, the original redditor behind the madness, told the Daily Dot in an August 2013. “After this proved [to be] difficult, I loaded two links into a tab, one from r/wtf [a subreddit for bizarre images and stories] and one from r/aww [a subreddit for all things cute and cuddly]. I would tell [my girlfriend] the two titles and make her guess which one it was.”

Topodan has since deleted his Reddit account, but that hasn’t stopped the community from growing exponentially. As of this writing, it boasts more than 586,000 subscribers. The subreddit is currently the 127th most popular community on Reddit and has been in the social news site’s top 200 subreddits since April 2013. It saw a massive spike in January 2018, gaining more than 1,000 subscribers in one day.

It’s hard to pick a personal favorite of the many Reddit 50/50s we’ve tried, especially considering how many new ones are added every week. but here are a few safe-for-work ones that you play at work or dare a co-worker to click on.

That wasn’t so bad, was it?

Although it’s been around for years, Reddit FiftyFifty, or as it’s sometimes known the Reddit challenge, has seen a resurgence in popularity as of late thanks in large part to several prominent YouTubers filming themselves playing the game.

Markiplier did the Reddit 50/50 challenge in November—to much success, we should add. Its accrued nearly 6 million views to date, making it the most popular video on the subject on YouTube.

PewDiePie also did it back in June 2017 to significantly less success. There are a few other good examples out there as well. Here’s one from Mini Ladd that went viral in December 2017:

Some channels have even done the Reddit 50/50 challenge on numerous occasions.  SourceFed has put out at least 10 videos over the course of the last two years. Similarly, Steven Suptic has seven videos playing the game. It’s easy to see why: Watching other people react to the digital coin toss is as much—if not, more—fun as doing it yourself.

The Fine Bros. actually devoted two episodes of its series to the Reddit 50/50 challenge, and both have over 1 million views.

As an interactive subreddit, Reddit 50/50 remains relevant and influential. Its very nature challenged Reddit’s discussion structure, having berthed lots of subreddits where visitors don’t necessarily engage with a post as if it’s a topic of discussion.

Indeed the more things change, the more they stay the same. In 2021, the setup is still straightforward and the game unaltered: “50/50] A pic of the New York skyline at sunset (SFW) | A toe cut in half by an axe (NSFW)” posits one recent post. The Reddit 50/50 challenge reminds us all that if the internet is a place, we all live in a noisy row home just off the freeway. The dark underbelly is always creeping, just hidden underneath, and we yearn to see it.

Want to know more about Reddit? Here are some fascinating facts about the site’s history, celebrity Reddit users to keep an eye out for, the truth about Reddit Gold, and the best of Reddit’s Shower Thoughts.