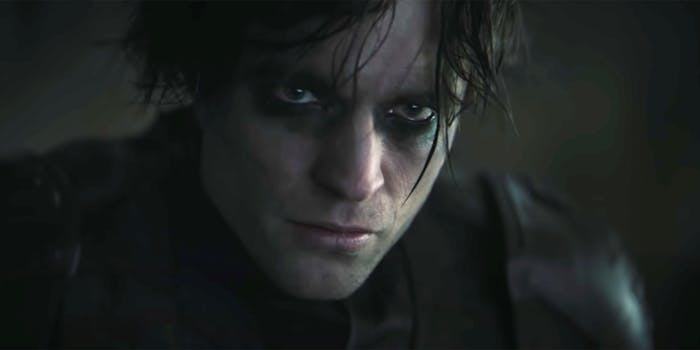 From ‘The Batman’ to ‘Wonder Woman 1984,’ Here are the biggest trailers from DC FanDome

Ready for a Batman with eyeliner? The internet sure is.

Warner Bros. held DC FanDome—a virtual, one-day convention celebrating everything DC Comics—on Saturday, giving fans a taste of everything DC had to offer, including Robert Pattinson as a moody Batman.

The biggest draw of DC FanDome was its trailers. They included glimpses at some of the most anticipated movies and events of the next two years, ranging from a movie set to be released very soon (if the date isn’t pushed back again due to the COVID-19 pandemic) to a movie that is only 25% shot.

DC FanDome also included plenty of teases from projects in the works. Neil Gaiman provided an update about when Netflix’s Sandman series will be set. The Shazam! sequel now has a title (Shazam! Fury of the Gods) and a new cast member with comedian Sinbad, who’s been at the center of the long-standing conspiracy that he once played a mischievous genie in a movie called Shazaam (which doesn’t exist despite people’s collective memory of it). Aquaman director James Wan described the upcoming sequel as “a little bit more serious, a little bit more relevant in the world we are living in today” and confirmed that Patrick Wilson will return to play Orm Marius.

Here are the top four trailers from DC FanDome.

In the Before Times, Wonder Woman 1984 had a June 2020 release. Several months into the pandemic, we’re still waiting to see it. But the latest trailer not only gives us more of what we loved from earlier trailers such as Diana’s fighting skills and Steve Trevor’s discovery of questionable ’80s fashion trends, but we’re now getting our first glimpse of Kristen Wiig as Cheetah, which is getting a lot of Cats comparisons—and not necessarily in a good way.

Wonder Woman 1984 is set to be released in theaters—for now, anyway—on Oct. 2.

HBO Max shocked the world a few months back by revealing that Snyder Cut, aka director Zack Snyder’s long-fabled version of Justice League, is real and would be released in 2021 as an HBO Max original (albeit a very expensive one). During the Justice League panel, Snyder revealed that it will be released as four one-hour parts that will eventually be bundled together as a single film for the fans who want to watch a four-hour Justice League.

What does that entail? So far, it’s a pretty self-gratulatory trailer set to Leonard Cohen’s “Hallelujah”—a song he already used prominently in the 2009 film Watchmen—with flashes of footage. Some of that is brand new, but it also shows a bit of what Snyder’s film has to offer, such as much more Cyborg and the inclusion of Kiersssey Clemons as Iris West, who was cut from the theatrical version of the film.

After Disney fired James Gunn from Guardians of the Galaxy Vol. 3 in 2018 (and before rehiring him eight months later), he signed on to write and direct the Suicide Squad sequel. And apart from a few familiar faces like Harley Quinn (Margot Robbie), Amanda Waller (Viola Davis), Captain Boomerang (Jai Courtney), and Rick Flag (Joel Kinnaman), it’s an almost completely new lineup.

DC FanDome introduced two different videos featuring the Suicide Squad. One of them is a roll call that provides a first look at the new cast, a hodgepodge of villains from all over the DC Comics universe that appear to fit right into the chaotic universe even if most of them are unknown entities to many fans. A behind-the-scenes video reveals more of the film’s tone, which is one part ’70s war movie and one part Gunn-specific comedy.

An emo Batman? Groundbreaking. The jury’s still out on whether we’ll see the death of Thomas and Martha Wayne on film yet again, but what Matt Reeves’ take on the Dark Knight does is embrace some of those emo roots head-on. That’s mainly in its acknowledgment that Batman wears eye makeup underneath the famous cowl.

But regardless of whether Robert Pattinson’s Batman harkens more to Spider-Man 3 or My Chemical Romance (the answer is clearly both), The Batman’s first trailer has a lot to offer. Only 25% of the movie may have been filmed before COVID-19 shut down production, but within the span of a couple of minutes, we see both Batman and Bruce Wayne (Pattinson), Zöe Kravitz as Catwoman, Jeffrey Wright as Commissioner Gordon, and a nearly unrecognizable Colin Farrell as Penguin. (Mike Marino, a prosthetics makeup artist who worked on The Batman, confirmed it was Farrell on Instagram.) And throughout the trailer, The Batman sets Paul Dano’s Riddler as a major villain who taunts Batman with every turn.

The Batman will resume filming in September and is set to be released on Oct. 1, 2021.