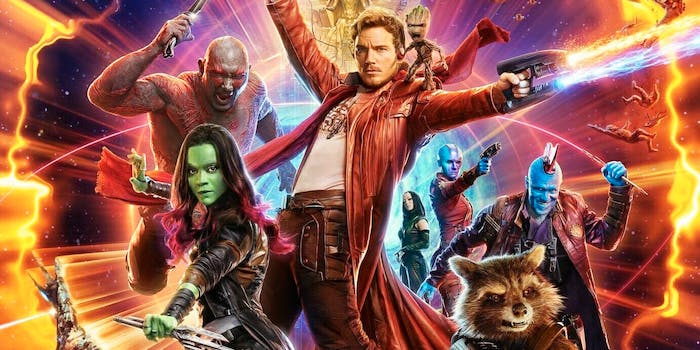 Can ‘Guardians of the Galaxy Vol. 3’ recover from its disastrous drama?

Writer/director James Gunn is now onboard, but the movie has been pushed back.

The bad news is, this film may not come out until 2022. Here’s everything you need to know about Guardians of the Galaxy Vol. 3.

Guardians of the Galaxy Vol. 3 director

Vol. 3‘s main claim to fame is the drama surrounding Gunn’s dismissal and subsequent rehiring. He was fired in July 2018 after some old (but very offensive) jokes resurfaced on Twitter. This decision was highly controversial because the jokes only resurfaced thanks to an astroturfing campaign from alt-right trolls, who wanted Gunn fired due to his anti-Trump views. The Guardians cast even published an open letter asking him to be rehired, but for almost a year, it looked like Vol. 3 would either go ahead with a new director or wouldn’t go ahead at all. Then in March 2019, Disney announced that Gunn was back on to direct. In fact, the studio had never even begun a real search for a new director, and Disney reputedly rehired Gunn behind the scenes long before the announcement was made.

That’s a lot of drama for a film that doesn’t even exist yet. However, since Gunn had already drafted a script before he was fired, it will probably be smoother sailing from now on.

Guardians of the Galaxy Vol. 3 cast

Chris Pratt is expected to return as Star-Lord, but the rest of the cast may depend on what happens in Avengers: Endgame. Infinity War ended with half the cast dissolving into dust, and while we don’t expect all those deaths to be permanent, some may stay that way. In particular, Gamora. Zoe Saldana has other commitments with the four upcoming Avatar sequels and may not be available to film a lead role in another franchise.

Also, since the Guardians team has a revolving cast of characters in the comics, it’s perfectly possible they’ll replace characters like Drax and Rocket Raccoon with new arrivals. No new casting announcements have been made, however.

Guardians of the Galaxy Vol. 3 music

Music played a major role in the first two Guardians movies, featuring a soundtrack playlist of classic pop hits from the 1970s and 80s. If Star-Lord spends any time on Earth in Avengers: Endgame (or even spends much time around present-day humans), will that affect his music taste? Will the Guardians franchise finally receive an injection of up-to-date music? We’ll just have to wait and see.

Vol. 3 doesn’t have an official release date yet, but it certainly won’t be one of the first films of Phase 4. It can’t start filming until James Gunn has finished making his Suicide Squad sequel for DC/Warner Bros., and that’s due to start filming in September 2019. With The Suicide Squad scheduled for release in August 2021, Guardians of the Galaxy Vol. 3 can’t arrive before then.