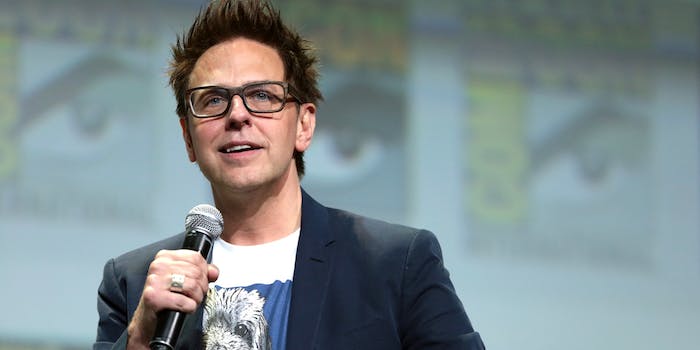 The move comes three months after Disney fired him.

Nearly three months after being fired as director of Guardians of the Galaxy Vol. 3 by Disney, James Gunn has landed a new gig at Warner Bros.

Warner Bros. has confirmed that Gunn will write—and potentially direct—a new Suicide Squad film. A sequel to the first Suicide Squad film has been in the works for some time (with Warner Bros. considering Mel Gibson to direct at one point), but this appears to be more of a new spin than a direct sequel. The film currently does not have a release date.

It’s also unclear if the cast of the first Suicide Squad movie will reprise their roles for the film that Gunn is writing.

This marks Gunn’s first major hiring since Disney fired him in July for a series of old and offensive tweets resurfaced by the alt-right (and Gunn had already apologized for) after Gunn was critical of Donald Trump. Disney and Marvel Studios have received criticism and backlash for the decision ever since—with some accusing Disney of playing into the alt-right’s hands. Hundreds of thousands of fans signed a petition asking Disney to rehire Gunn while the Guardians of the Galaxy cast signed an open letter supporting Gunn; Dave Batista has been particularly vocal about how Disney had treated Gunn.

But Disney hasn’t backed down about its decision to let Gunn go, and just last month, Disney CEO Bob Iger said he supported the call made by executives to fire the director, noting that “I haven’t second-guessed their decision.”

Gunn previously turned the Guardians of the Galaxy, one of Marvel’s zanier properties with a colorful cast of characters, into one of its most beloved, and the first two Guardians of the Galaxy movies have made more than $1.6 billion worldwide and have been largely praised by critics. The jump from Marvel to DC Comics allows Gunn to continue creating new works in the superhero sandbox while potentially capturing the spark that the first Suicide Squad film had been missing.