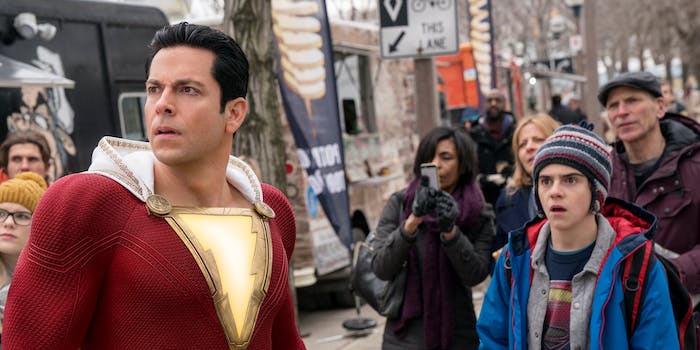 People are already reviewing ‘Shazam 2,’ so the director made a fake trailer

The movie hasn't even been filmed, but Letterboxd reviewers don't care.

Shazam 2 hasn’t even been filmed yet, but that hasn’t stopped fans from reviewing it on Letterboxd. The DC Comics sequel already has dozens of ratings on the site, proving once again that audience review aggregators are not always reliable. IMDb movie scores, we’re looking at you.

Since audiences have already made their opinions known, Shazam director David F. Sandberg decided to have some fun with those Letterboxd reviews. He put together a Shazam 2 trailer featuring quotes from such trusted film critics as Tzevma2019. Love it!

This is exactly the kind of gag we’ve come to expect from Sandberg, who has stayed close to his DIY filmmaking roots even after making big-budget superhero movies. A while ago he made a parody trailer making fun of the DC franchise’s dark tone, and during lockdown he’s kept busy by filming microbudget horror shorts at home with his wife.

Shazam 2 is currently due out in November 2022, after the long-awaited Flash movie with Ezra Miller, but before Aquaman 2.