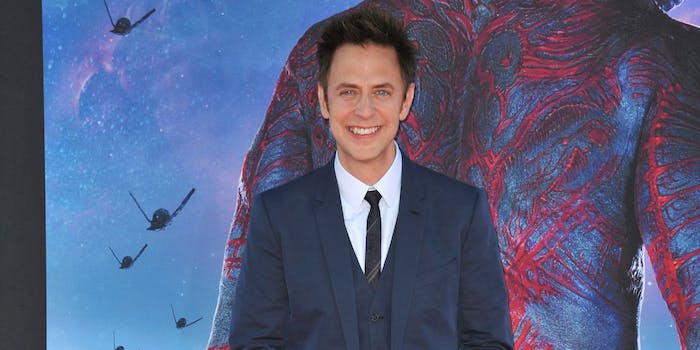 James Gunn rehired by Disney to direct ‘Guardians of the Galaxy Vol. 3’

The reversal comes eight months after Disney fired him.

Nearly eight months after being fired by Disney for a series of years-old tweets that were resurfaced by the far-right, director James Gunn is once again helming Guardians of the Galaxy Vol. 3.

He tweeted his thanks in a statement, his first tweet since the controversy this summer.

The news, which was first reported by Deadline, comes two months after being tapped to direct Suicide Squad 2 for Warner Bros. and DC Comics; he had already been on board to write the script. It is also a rare reversal for Disney, which had stuck to its guns about firing Gunn.

Last summer, far-right media figurehead Mike Cernovich dug up several of Gunn’s tweets from nearly a decade ago where he joked about rape and pedophilia. Gunn, who had already offered a sincere apology for several of those statements years ago and explained that he was attempting satire and he no longer found it funny, wrote another apology that he posted to Twitter.

The decision to fire Gunn was met with anger and derision from fans, many who felt that Disney played right into the hands of the alt-right, who had targeted Gunn in the first place. The cast of the first two Guardians of the Galaxy film wrote an open letter to Disney to show their support for Gunn in a rare demonstration of publicly speaking out against the major studio that employs them. Dave Bautista, who played Drax the Destroyer, had threatened to quit if Gunn’s script wasn’t used and said that he might not return to make the third film. When other directors’ names were suggested to take over directing Guardians of the Galaxy Vol. 3, they publicly said to look at Gunn instead.

According to the Hollywood Reporter, Disney never carried on a search to replace Gunn but secretly signed a deal with him instead.

Gunn’s brother Sean Gunn, who also appears in the first two Guardians of the Galaxy, posted a screenshot of an article from the Hollywood Reporter with the caption, “I’ll just leave this here.”