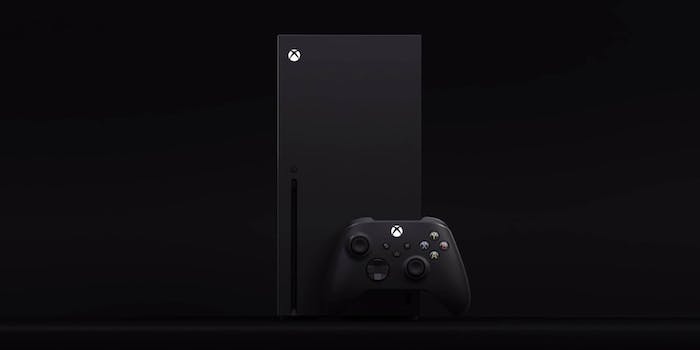 Everything we know so far about the Xbox Series X

The announcement of Xbox's next generation console, the Xbox Series X, has gamers hunting for details on the upcoming system.

This is why, despite the often-intimidating cost, gamers tirelessly update their gaming systems with each new console release. We await their announcements with bated breath because we know each new system will bring heaps of new games with dazzling graphics and stellar gameplay. The announcement of Xbox’s next generation console, the Xbox Series X, has gamers hunting for details on the upcoming system.

Xbox announced Project Scarlett, now called the Xbox Series X, earlier this year. Gamers immediately pounced on the news and have been eagerly awaiting any details the company might let slip. We can easily guess the new system will be faster, have a clearer image, and likely have more storage space than its predecessors. Gamers also hope for dozens of other perks, like backwards compatibility and cross-platform options. News about the new console is scarce, but thankfully we are learning more about next year’s Xbox console release.

What we know so far

The new system promises to have “four times the processing power of Xbox One X,” according to the Xbox announcement. When it comes to graphics and visual capabilities, look no further than the trailer for Senua’s Saga: Hellblade II, which Xbox included in its announcement. Holy hot damn that looks like a trailer for a live-action movie. According to Xbox, the footage for the trailer was “captured in-engine and reflects the power of Xbox Series X.”

When it comes to specs, the Xbox Series X isn’t pulling any punches. The new system promises “world-class visuals” in the form of 4k at an impressive 60 frames per second with the staggering potential to reach up to 120 frames per second. The system will even include support for a variable refresh rate—which helps with visuals and power consumption—and 8k capability.

Xbox’s new storage drive also promises to “virtually eliminate load times,” a boast that no gamer will take lightly. A massive plus to the new system is its backwards compatibility at launch. Not a month later, not two years later: at launch. That means gamers can bring all of their previous games from the Xbox One, along with their accessories, to the new system. I probably don’t need to tell you this, but that’s huge. However, the company plans to go even further. The new system aims to support “cross-generation entitlements,” which means games from even earlier systems, along with achievements and previous saves, will all be shared across devices.

The new controller considers far more factors in its design than previous versions. Xbox will “refine” the size and shape, which gamers with small or range-restricted hands have previously criticized, to accommodate a wider audience. Xbox will also add a new “share” button to ease the process of capturing screenshots and sharing content. The new controller will be compatible with Xbox One systems as well as Windows 10 PCs, and one will be included with every purchased Xbox Series X console.

As with all newly launched systems, several high-profile games will accompany the Xbox Series X release. One we know of for sure is Senua’s Saga: Hellblade II, which promises stunning visuals, complex characters, and a deep, gripping storyline. Halo Infinite is also set to release alongside the console. The trailer teased gorgeous textures and the same thrilling storylines fans of the franchise have come to expect.

The new system, along with PlayStation’s 2020 release, are set to hit shelves during 2020’s holiday season. We don’t have a specific date yet, but previous systems have typically launched in mid-to-late November. Redesigns tend to follow a few months later, usually hitting shelves during the summer months.

Unfortunately, this is one of the foggier areas when it comes to the Xbox Series X. Thanks to the massive gaff that was Microsoft announcing the Xbox One’s intimidating price—and required add-ons—too early, the company is approaching its newest console with far more caution. The new console aims to be the best on the market, so its cost is sure to reflect that. Still, since it is launching at a similar time as the PlayStation 5, both companies will be fully aware of the competition. The Xbox One X, which launched in late 2017, was $499 at launch. We can expect a similar, or slightly more costly, price tag for the Xbox Series X.