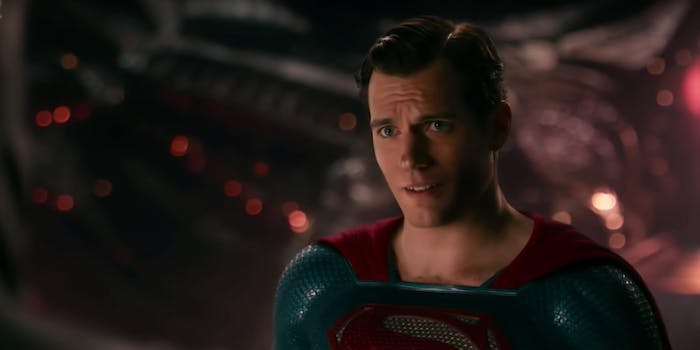 Henry Cavill on the prospect of playing Superman again: ‘the cape is still in the closet’

He says that he hasn't given up the role.

Aside from a few holdovers like Wonder Woman, Aquaman, Shazam, Harley Quinn, and the Flash movie that’s been in production hell for years, much of the DC cinematic universe first sparked by Man of Steel is no more. But while Ben Affleck is officially out as Batman, one superhero is still holding onto his cape.

Henry Cavill, who’s portrayed Superman in three DC films, is currently starring in Netflix’s The Witcher, which is set to debut next month and has already been renewed for a second season. But he revealed in a Men’s Health profile that he still hopes to return to play the role one day.

“The cape is in the closet,” Cavill told Men’s Health. “It’s still mine.”

The idea that Cavill had stepped down from the role—as Affleck did—stemmed from a 2018 report that Warner Bros. had wanted to focus on other properties like a Supergirl movie in development. Warner Bros. later confirmed that there are no Superman movies in the works. Cavill’s representative pushed back on the rumor at the time and tweeted that “the cape is still in his closet,” but the idea that Cavill was done playing Superman persisted.

And although Cavill might not exactly be a fan of how the films featuring Superman turned out—“It didn’t work,” he said of Justice League—he’s still got some unfinished business with what he wants to get across in the role.

“I’m not just going to sit quietly in the dark as all this stuff is going on,” Cavill added. “I’ve not given up the role. There’s a lot I have to give for Superman yet. A lot of storytelling to do. A lot of real, true depths to the honesty of the character I want to get into. I want to reflect the comic books. That’s important to me. There’s a lot of justice to be done for Superman. The status is: You’ll see.”

‘The Witcher’ Netflix Series: Everything We Know: