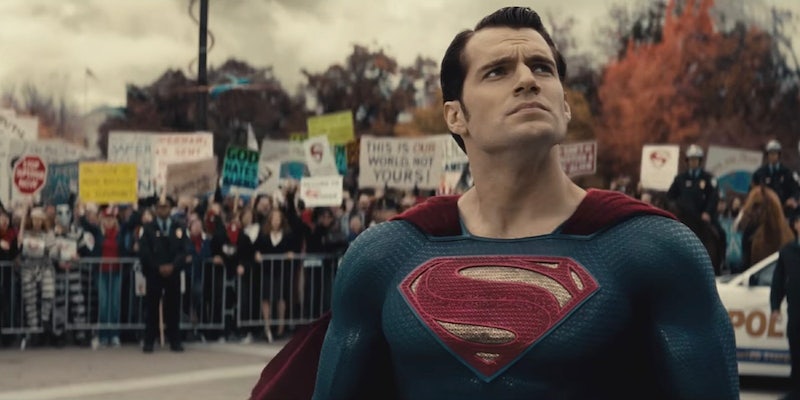 Henry Cavill reportedly out as Superman

He's played the iconic superhero in 3 movies to date.

Henry Cavill is no longer playing Superman in the DC Comics movies, according to a new report.

Cavill, who portrayed the iconic superhero in three DC Comics movies to date, was reportedly going to film a cameo in the upcoming DC Comics film Shazam!, (something that was rumored for some time). But that’s no longer happening after contract negotiations between his representatives and Warner Bros. fell through, and now there’s even less of a possibility of Superman showing up in other movies.

The report also cites Warner Bros.’ focus on a Supergirl movie in the works as other another reason for Cavill’s departure, noting the age difference between the two because Supergirl is older than Superman in the comics. However, the more recent iterations of Supergirl—both in the comics and the CW TV show—feature Kara Zor-El in a state of suspended animation in space for several years so that by the time she arrives on Earth, Kal-El appears much older than her.

His exit also arrives during a shift and reset in the DC Comics films and his recent casting in Netflix’s Witcher TV series. It’s becoming increasingly likely that Ben Affleck won’t be returning to play Batman in the DC movies, and while several films are in various states of production, only a few featuring the overarching universe DC Comics once planned out will be released in the next couple years. Aquaman comes out in December, Shazam! in April, Wonder Woman 1984 in November 2019, and a Flash movie is set to begin production next year.

Update Sept. 12, 12:57pm CT: Dany Garcia, who represents Cavill, noted that “the cape is still in [Cavill’s] closet” via Twitter. Yet Warner Bros. also released a statement, which confirmed that there aren’t any Superman films in the works. “While no decisions have been made regarding any upcoming Superman films, we’ve always had great respect for and a great relationship with Henry Cavill, and that remains unchanged,” a Warner Bros. spokesperson told the Hollywood Reporter.