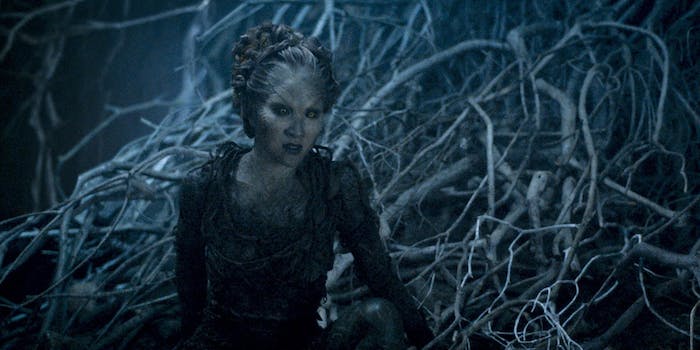 The series starred Naomi Watts in a leading role.

Update 3:27pm CT, Nov. 1: HBO has confirmed that it’s no longer pursuing the Age of Heroes Game of Thrones series.

“After careful consideration, we have decided not to move forward to series with the untitled Game of Thrones prequel,” HBO said in a statement. “We thank Jane Goldman, S.J. Clarkson, and the talented cast and crew for all of their hard work and dedication.”

HBO’s statement arrives three days after news first broke online and HBO officially ordered a straight-to-series prequel series titled House of the Dragon from Ryan Condal and George R.R. Martin. Martin also confirmed that the Age of Heroes series was dead on his blog, stressing that he doesn’t believe Condal’s series being picked up had anything to do with it.

“It goes without saying that I was saddened to hear the show would not be going to series,” Martin wrote. “Jane Goldman is a terrific screenwriter, and I enjoyed brainstorming with her. I do not know why HBO decided not to go to series on this one, but I do not think it had to do with HOUSE OF THE DRAGON. This was never an either/or situation.”

The Game of Thrones prequel series set during the Age of Heroes is no longer moving forward at HBO, according to a new report from Deadline.

HBO has yet to publicly confirm the series’ cancelation, which would have taken place several thousand years before the start of Game of Thrones. Several outlets are reporting that Jane Goldman, who wrote the show’s pilot and served as showrunner, emailed the cast about the news. The news arrives less than 24 hours after Game of Thrones showrunners David Benioff and D.B. Weiss, who were both attached to the project as executive producers (but would not be writing on the series), left their own Star Wars project in development.

The prequel series from Goldman (who co-created it with George R.R. Martin), had been the first of several planned successor shows to move past the writing stage and receive the order to shoot a pilot. Goldman’s series had an all-star cast including Naomi Watts in a leading role, was shot during the summer of 2019, and was in post-production.

But the emergence of a second Game of Thrones prequel series, this one about House Targaryen from Ryan Condal, being close to a pilot order threw doubt at whether HBO would pick up Goldman’s series, something that Martin pushed back on at the time.

“Some websites are suggesting that the news about Ryan’s show moving forward means that Jane’s show won’t,” Martin wrote on his blog last month. “If that’s so, no one has told me. I don’t think it’s so. I love what Ryan has done, but I’m excited about the possibilities for Jane’s series as well.  Jane and I had dinner in London (at Rule’s, great spot, oldest restaurant in England, Charles Dickens and H.G. Wells ate there, it was a thrill to break bread with their ghosts), and her enthusiasm was palpable.”

According to Entertainment Weekly, Condal’s series is still in development.