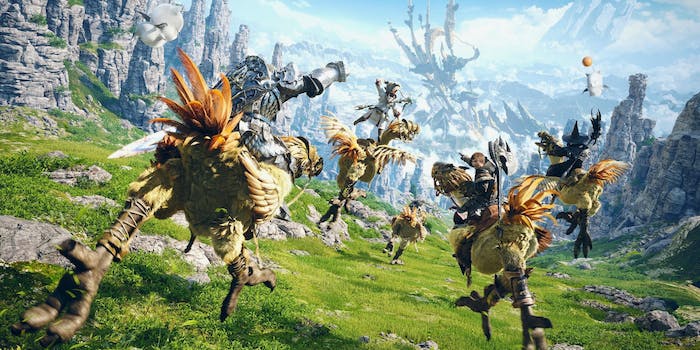 A Final Fantasy live-action TV series is being developed

Sony and Hivemind will team up to bring Eorzea to life.

One of video games’ most iconic franchises is finally getting the adaptation treatment for the small screen.

Sony Pictures Television and Hivemind (which has produced The Expanse and The Witcher) are developing a Final Fantasy live-action TV series with Square Enix, the video game developers behind the beloved series. Although the initial press release announcing the TV series says that it will “tell an original story set in the fantastic world of Eorzea,” it will be inspired by Final Fantasy XIV, which was released in 2013.

Ben Lustig and Jake Thorton (Winter’s Knight, The Wells Initiative) have been tapped to write on the Final Fantasy series while Hivemind’s Jason F. Brown, Sean Daniel, and Dinesh Shamdasani will produce.

“Final Fantasy XIV and Eorzea are the perfect gateway into FINAL FANTASY for longtime fans and newcomers alike,” Sony Pictures Television Co-President Chris Parnell said in a statement. “This show is about embracing and embodying all of the elements that have made the mythos such an endlessly captivating phenomenon, and it’s an immense honor to be bringing all of Eorzea’s iconic characters, settings, and concepts—including fan-favorites like Cid and, of course, the chocobos—to life for a television audience.”