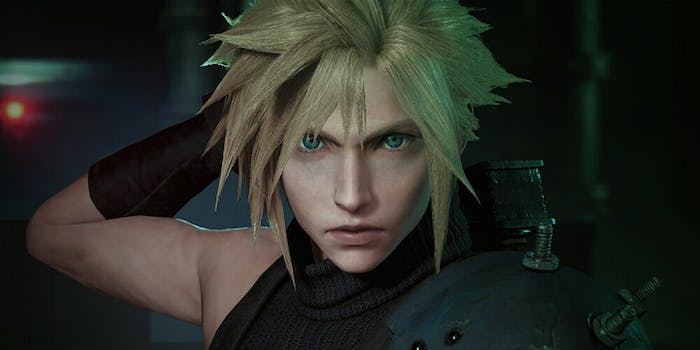 Tunes from the iconic video game franchise are now available on Spotify and Apple Music.

Nearly every song from the iconic video game franchise “Final Fantasy” is now available to be streamed for free online.

Square Enix, the developer behind the highly-popular Japanese role-playing game, has released the soundtrack on Spotify and Apple Music.

The songs, which are mostly listed with their Japanese titles, can be found on both platforms by simply searching “Final Fantasy original soundtrack.” Everything, from 8-bit classics found in the original 1987 release to the game’s more recent symphonic scores, is available in high-quality.

As noted by TechCrunch, however, songs from several minor releases such as X-2, Tactics Advance, and A2 are not included.

Square Enix thus far has declined to publicize its decision despite the major release. It’s possible the music’s appearance is linked to a concert in California on Sunday devoted to the original Final Fantasy VII soundtrack.

We have a very special guest announcement to make!

Tickets are running out, so head to Ticketmaster now to get yours: https://t.co/8PSc1cgfrD https://t.co/gZUnXMPKLK