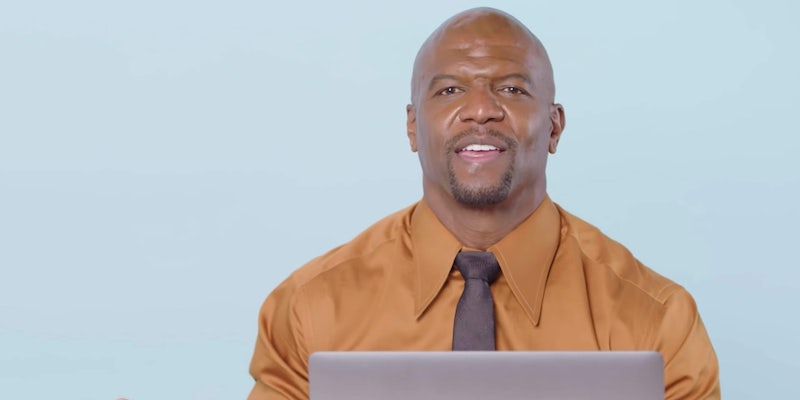 It has approximately 160,000 subscribers yet feels all but abandoned.

It has been a week since Crews posted a picture of himself in front of a Chinese flag on his Instagram that some interpreted as his signal of allegiance to the country. The Instagram caption read: “POWER TO THE PEOPLES

Crews’ Crew is a Terry Crews fan subreddit with approximately 160,000 subscribers. After Crews’ post of him in front of a Chinese flag, the subreddit was essentially nuked, with over two weeks of user-submitted content disappearing overnight. Only one new post in the subreddit has been made within the last week and all posts made within approximately the past two weeks have been wiped from the board’s history entirely.

When problems arise on subreddits, Reddit moderators have been known to take measures such as quarantining the subreddit or making it private. The former prevents ads from running on the subreddit and posts from the subreddit from appearing on the front page while the latter makes the subreddit inaccessible without special permission. Neither of these appear to be what has happened to Crews’ Crew.

Regarding why this happened, it is almost indisputably linked to Crews’ Chinese national flag Instagram post. Reddit’s vitriol for China has always been an invisible subject on the website under the guise of protecting free speech, but the rhetoric really took a jump in 2019. In February, Chinese gaming and tech conglomerate Tencent invested $150 million into Reddit. Immediately, criticism emerged from Reddit users who thought Tencent’s involvement would lead to an increase in censorship on the website.

Given that reddit just took a $150 million investment from a Chinese censorship powerhouse, I thought it would be nice to post this picture of "Tank Man" at Tienanmen Square before our new glorious overlords decide we cannot post it anymore. from Damnthatsinteresting

Reddit is now funded by Chinese investors, so let’s remember that President Xi Jinping is so insecure in a meme that he banned Winnie the Pooh nationwide. from pics

Reddit’s fear and dislike of China is so strong that simply one picture of Terry Crews alongside a Chinese national flag apparently destroyed a 160,000-member-strong subreddit and turned it into a ghost town. Considering censorship was at some point the main fear regarding Tencent’s involvement in Reddit, it’s ironic that the mere image of a Chinese flag has seemingly caused an entire subreddit to implode.