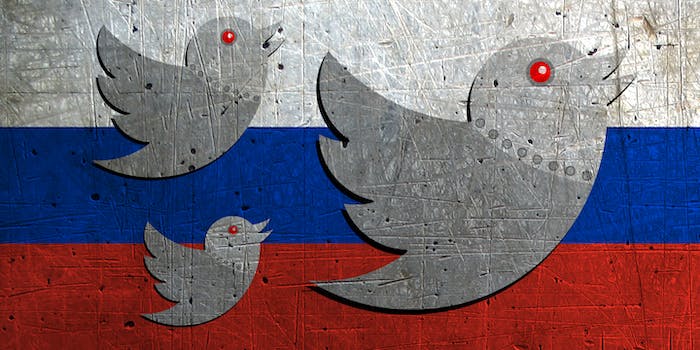 'The tweets were analyzed by the Alliance for Securing Democracy.'

Russian bots pushed out tweets about the death of Mollie Tibbets, the University of Iowa student who was missing for several weeks, just after the news broke regarding the verdict of former Trump campaign chairman Paul Manafort and the guilty plea of the president’s former lawyer Michael Cohen, according to a new report.

The Independent reports that bots believed to be linked with Russia began posting about Tibbets’ death just minutes after Manafort was found guilty on eight counts of fraud on Tuesday.

The tweets were analyzed by the Alliance for Securing Democracy, a group that is known for tracking Russian-linked accounts, and found that “thousands” of tweets were being sent on Tuesday as the news of Manafort and Cohen—whose plea may have implicated President Donald Trump—became widespread.

The #MollieTibbetts hashtag was shared the most among Russia-linked accounts on Tuesday, according to the Independent.

Tibbets’ death became a lightning rod earlier this week after it was discovered that her suspected murderer, Cristhian Bahena Rivera, is believed to be an undocumented immigrant. His attorney has disputed those claims

The widespread push of the Tibbets story as the news of Cohen and Manafort came out may not be an accident, the Independent reports.

“But I do think there is also some sort of distraction element as well,” Bret Schafer, a social media analyst for the Alliance for Securing Democracy, told the news outlet. “They’re discussing Mollie Tibbetts instead of Paul Manafort, and they’re shining a light on her death in a way we rarely see.”

You can read all of the Independent‘s report here.