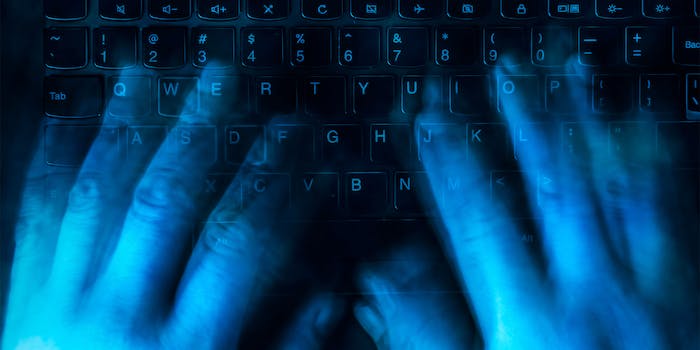 How to tell the deep web from the dark web

It's not all international criminal rings.

The dark web vs deep web is a question that a great number of internet noobs wonder about.

To most people, the terms “dark web” and “deep web” may seem interchangeable. Both may conjure up images of a murky corner of the internet inhabited by drug dealers, terrorists, pedophiles, and other criminals. But while both the dark web and the deep web are separate from the everyday internet that can be seen by anyone with a computer, that’s where the similarities end.

Dark web vs deep web: What is the deep web?

Most of us actually access the deep web every day, whether it’s by logging on to Facebook or checking our email.

“The deep web is made up of content that cannot be indexed by search engines; this includes material that is accessible only behind log-in pages, or on sites that have restricted or blocked search engines from indexing their contents. When you log into your bank account, or your social media accounts, the content that is available to you as a registered user is the deep web,” said Emily Wilson, Vice President of Research at Terbium Labs, in an interview with the Daily Dot.

In short, the deep web describes everything from your online banking portal to your electronic healthcare records to your workplace’s intranet. You don’t need a special browser or a VPN to access the deep web; just any old browser and an internet connection will do. Far from being illicit, the deep web is deeply boring; it’s a catch-all term for the millions of pages of password-protected internet that most of us access on a daily basis.

But as Wilson notes, criminal activity still happens on the deep web, such as phishing scams where criminals try to lure you to password-encrypted websites in order to steal your bank account details or other personal information.

What is the dark web?

Unlike the deep web, the dark web is a much smaller chunk of the internet that exists on an encrypted network. Accessing the dark web requires a special browser that encrypts your identity and allows you to browse anonymously, such as Tor.

“Content on the dark web is designed to be hidden not only from search engines but also from casual internet users; one cannot simply stumble across a dark web site on accident. To access the dark web, users need special technology—technology that anonymizes and obfuscates browsing traffic,” explains Wilson.

Wilson adds that most dark web traffic isn’t from criminals; it’s from users who merely prefer to browse the web anonymously. Citizens from countries such as China and Turkey where the internet is heavily censored rely on Tor to access the internet freely.

But that same ability to hide one’s location and identity makes the dark web a hotbed of illegal activity. Equipped with a VPN and Tor, one can easily find dark marketplaces where users can purchase everything from illegal drugs to bank account information, to children’s social security information. Bitcoin is the dark web’s native currency; the encrypted currency makes financial transactions impossible to trace.

Not that dark web criminals don’t get caught. After media reports of Silk Road first surfaced, the FBI and DEA eventually hunted down its founder. Alphabay, the “Amazon of the dark web” disappeared in July 2017 following a coordinated operation between the Department of Justice and international law enforcement agencies. Dozens of dark web drug dealers were busted by authorities in 2018, by agents posing as vendors themselves.

As more internet users and international law enforcement agencies become aware of the dark web, its future remains unknown. But for most of us, the normal, everyday “surface web” is dangerous enough.