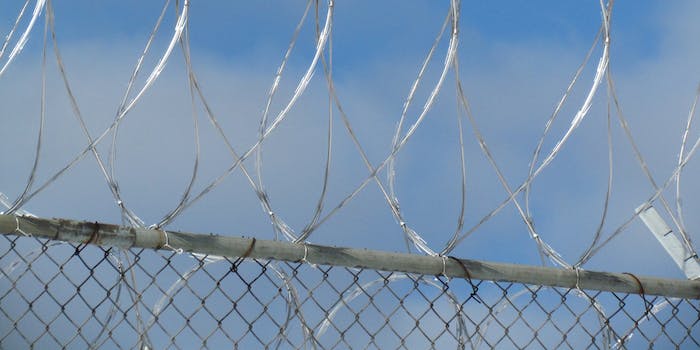 What is a VPN, and why are they so controversial?

It’s the Streisand effect in action: Netflix‘s ban on VPNs has thrust them into the national spotlight, and if you’re not familiar with how the internet’s tubes work, you might be wondering just what the heck they are. Here’s what you need to know about VPNs and why they’re so controversial.

What is a VPN?

VPN is short for “virtual private network.” VPNs hide your physical IP address with a virtual IP address by routing your traffic through a different location before it lands on the internet. In turn, VPN users can bypass firewalls and access the internet without revealing their location.

Privacy activists argue that VPNs are crucial for maintaining free speech, especially on a global level, given how many governments attempt to limit or censor information online. For example, when Turkey blocked and Facebook in 2013, citizens turned to VPNs to organize and share information online.

Why should I use a VPN?

VPNs are also a popular method of slipping past geographic content restrictions, which is why Netflix moved to ban them. A 2016 OpenMedia petition urging Netflix to lift its VPN ban quickly gained tens of thousands of signatures. OpenMedia accused Netflix of caving to pressure from Hollywood film studios and entertainment companies looking to “geo-block” content.

“This is a huge problem for our privacy-conscious supporters, who use VPNs as an essential, user-friendly tool to protect their privacy in a post-Snowden world,” wrote Laura Tribe of Open Media in a letter to Netflix founder Reed Hastings.

Copyright and licensing laws often vary outside the U.S., which is why streaming services like Hulu and Netflix, as well as online music services like Pandora and Spotify are mostly only available domestically.

Unfortunately for film and music studios, good content has a way of traveling. In fact, the use of VPNs by Australians to access Netflix became so common that the company opted to launch an Australian version of its service last year. Pandora left the United Kingdom in 2008, citing excessive royalty demands. A subsequent flood of how-to videos and explainers on accessing Pandora outside the U.S. through a VPN followed.

How do VPNs work?

Just because you’re using a VPN, however, that doesn’t mean you’ll necessarily stay anonymous forever.  Cody Andrew Kretsinger, the LulzSec hacker involved in the 2011 Sony Pictures hack, had his identity revealed by VPN provider HideMyAss, which turned over his IP address to authorities in response to a court order.

Despite the willingness of some VPN companies to shed light on the more illicit practices, the idea of (mostly) anonymous web surfing is enough to make many nation’s governments nervous. Using a VPN in the United Arab Emirates is punishable by jail time, though that hasn’t stopped many. China’s government began a 14-month crackdown on VPNs in January. Many of the country’s residents relied on VPNs to read outside news on China’s involvement in the Panama Papers and other incidents that cast the nation’s government in a bad light.

But while some governments and companies are cracking down on VPNs, others are making them easier to use than ever.

Which VPNs should I use?

The popular Web browser Opera made headlines for making a free unlimited VPN available to its millions of users. The browser works by allowing users to connect to five different regions (U.S., Canada, Germany, Singapore, and the Netherlands) by borrowing an IP address from that part of the world. Opera‘s VPN is also available for iOS and Android devices, which offers travelers reliant on public Wi-Fi a degree of equal access and privacy.

There’s another reason why you might consider using a VPN: It’ll prevent companies from tracking your online behavior. Super strong ad-blocking technology that stops all ads, cookies, and trackers is included in Opera, as well as other VPNs such as F-Secure and Spotflux. As of June 2017, several popular VPNs have found clever ways around bans from Netflix and other companies, such as ExpressVPN and VPNArea.

Despite all the perks of a VPN, Netflix’s company-wide ban may signal other companies to take similar steps. But until that time comes–if it’s truly anonymous web surfing you’re after—a VPN is still the way to go.