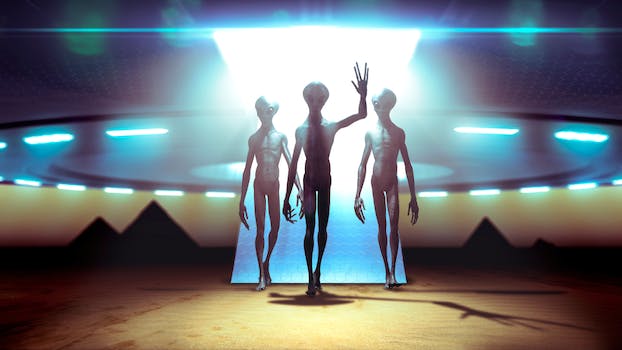 The page has created a ton of buzz.

The creator of the viral Facebook event jokingly asking people to storm Area 51 later this year to “see them aliens” has come forward and said it was “pretty wild” how the event created an enormous amount of buzz, according to a new report.

Matty Roberts, the creator of the event, spoke with Nevada news outlet KLAS-TV about the page—which as of Thursday had 1.6 million listed as attending and another 1.2 million saying they are interested. The event page, which says the raid is scheduled for Sept. 20, is filled with jokes and memes (and even sarcastic plans) about storming the facility.

“I posted it on like June 27th and it was kind of a joke. And then it waited for like three days, like 40 people, and then it just completely took off, out of nowhere. It’s pretty wild,” Roberts told the news outlet.

He added that he was concerned that the FBI might get involved now that the event has ballooned into something so large, but stated that the whole thing was “completely satire.”

“Once it got like past 500,000 people that were interested or going, I was just like the FBI is going to show up at my house and it got a little spooky from there”

Earlier this week the Air Force said it was aware of the Facebook event, and in a statement to the Washington Post, they said they were ready to “protect” the secret facility if people do actually show up.

You can see all of KLAS-TV’s report here.